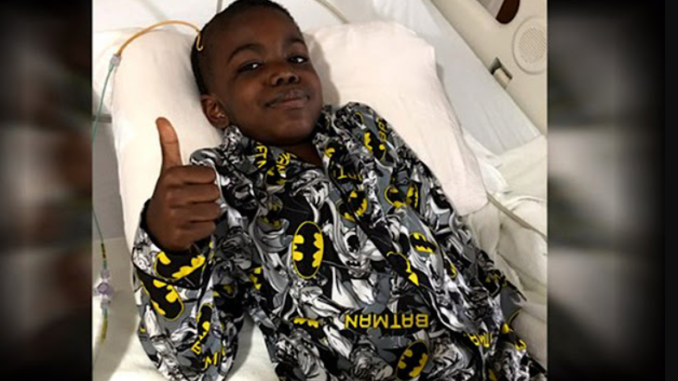 8 year old boy celebrating victory over stage 4 brain cancer – send him all our love and support.

The incredible possibilities of modern science never cease to amaze me. Every year, the treatment of all kinds of diseases is improved, creating new stories of healing that would have been simply impossible even ten years ago. Take, for example, 8-year-old Cameron Scott, who was hailed as a true hero after beating stage 4 brain cancer with the help of the wonderful people at St. Jude Children’s Research Hospital.

Little Cameron was diagnosed with medulloblastoma, a high-risk tumor that had spread to his spine.

The 8-year-old boy underwent surgery to remove the tumors, after which he was sent to St. Jude for further treatment. “He’s my hero,” his father Wendell Scott said TODAY While at St. Jude, doctors discovered that Cameron was not at the first, but at the fourth stage of the disease. However, at St. Judes, for the first time in the hospital’s history, Cameron’s cancer genes have been sequenced, allowing doctors to begin targeted and therefore more effective treatment.

In total, Cameron survived six months of chemotherapy and radiation, but he remained strong in the face of adversity.

“Now I feel amazing,” Cameron said. “I feel like I’ve been through it all.” One thing is certain, Cameron is a fighter!