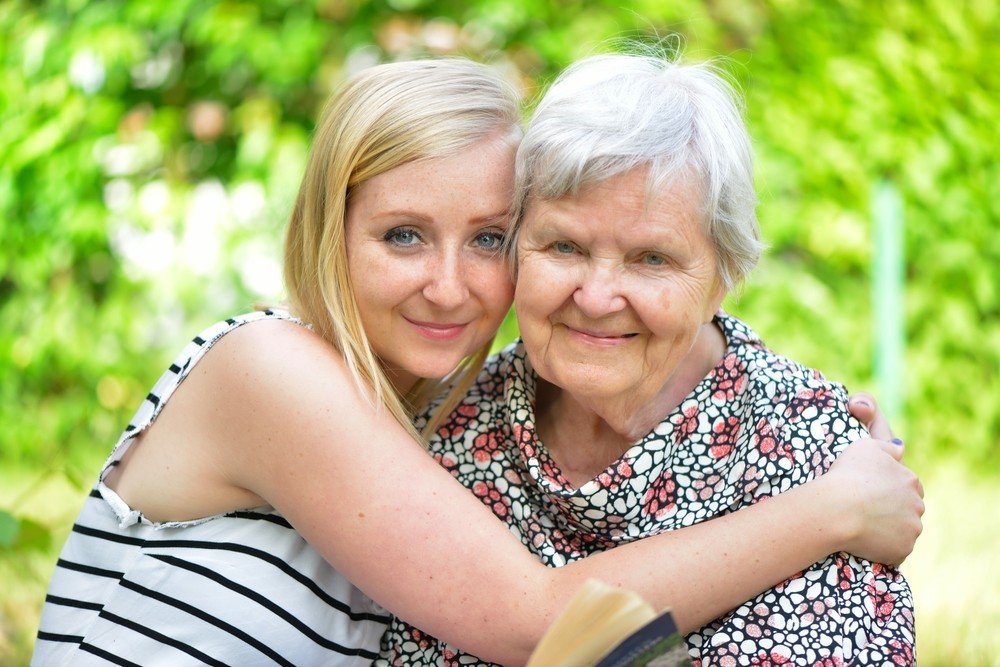 Grandmother Tamara once became very ill and her granddaughter, also Tamara, an eighteen-year-old St. Petersburg student, put aside all her affairs and rushed to save her grandmother.
My grandmother lived thirty kilometers from Moscow, in a faded wooden house, still built before the war. Garden, well, shed, under which grandfather kept broken bricks and rusty wheels from Moskvich. It all looked rather sad and hopeless. But once upon a time, when Tom came here as a child and grandfather was still alive, chickens, geese and even a goat ran around the yard. And on this visit, the house looked empty and dreary, like a terminally ill patient. Of the living, only grandmother Tamara and Timur were in the house. Where are you without him?
Timur was a huge gray wolf, but fortunately, he was not a very thoroughbred wolf, so he was considered a dog.

Grandmother Tamara tried to cheer up, meeting a dear guest, but it turned out badly.
Even Timur did not look like an eagle, which had never happened to him before. An ordinary hunted gray wolf. In the old days, Timur made an indelible impression, he behaved as if the whole house had been rewritten for him and grandparents were needed here only to pour water into a bowl and throw sugar bones.
Tamara went to the nearest store a kilometer from home, bought medicines and all sorts of goodies, gave her grandmother tea with raspberries, put her to bed and began to take care of the house. Well, more precisely, throw away garbage and spoiled food.
Grandmother just yelled:

– Tamarka, where did you take the bread, where did you take the bread?
– Grandma, he turned green.
– Father, what a trouble, turned green. Well, so cut off a little and that’s it. Normal bread.
— Grandma, how often do you go to the store?
– In the summer, once every two weeks, and if the weather is good and I feel fine, then I go every week. Here I have a cart, I took it and drove it. On the way, I’ll sit on it, rest and go on. And this time, I thought that spring had already come. The sun warmed up, I was delighted and ran to the store in one sweater, sweated and caught a cold. And in winter I’m generally afraid to go so far, well, maybe once a month I go. Yes, and my pension is not the one to go shopping every day.

– Grandma, does anyone come to visit you at all?
– Well, they do, sometimes.
— Who, Aunt Lena?
“What are you talking about, Lena has been dead for two years already. Kingdom of heaven.
– Well, then who?
– Who? Who. And, well, it turns out that no one. Who should visit me? Who needs an old grandmother with a wolf?
– That’s it, granny, you need not to turn sour, but come up with some good business plan for yourself.
– What?
Well, business plan. I study this at uni. Imagine – each person can come up with and organize for himself, some feasible business. The main thing is to come up with a business plan.
Tomochka, do you see what state I’m in? What is my business? I am eighty years old. From day to day I will stretch my legs. At least you won’t leave Timurka, if that?
– Stop. Listen, can you trade something simple? You have a track behind a fence, and a bus stop under the house.
– What to trade? By yourself?

Days passed, the patient slowly got to her feet, and the granddaughter walked around the yard from morning to evening and thought about a business plan for her grandmother. Once, at six o’clock in the morning, Tamara was awakened by the howl of a wolf. He does not know how to bark, but howling and growling is a half-turn.
Tamara looked out the window and saw Timur standing on the roof of the booth, so it was more convenient for him to look over the fence. Grandmother did not sleep anymore, she knitted, as always, listening to the radio.

“Grandma, who is he swearing at?”
So people go to work.
– What job?
Yes, how do I know which one? For any. Everyone has their own. They go to our stop, take a minibus or a bus and go to Moscow to work, and back in the evening.

Tamara thought about it.

– Grandma, what kind of people are they, in the sense where do they all come from?
— How, where? Ours are rural. Do you know houses beyond the lake? Even from there, some go. An hour, probably a whole one, they get from there on foot. So what to do? You have to feed your family, that’s what you have to do. This is good for me, after all, I am retired, and people are forced to travel to Moscow every single day. Hunger is not an aunt, because there is no work anywhere.

Until the very evening, the granddaughter did not talk to anyone, neither to her grandmother, nor even to Timur, and late in the evening she suddenly screamed, frightening her grandmother:

“Grandma, grandma, wake up!” Do you remember when I was a child, I used to draw coloring pages? Do you still have colored pencils?

Grandmother was surprised, but gave out a bunch of pencils and long-dry markers.
Tamara worked all night and by the morning she had created a stack of touching, colorful ads with patterns.
And in the morning, without even having breakfast, she grabbed a tube of glue and left. She reached the village across the lake and starting from there and almost to the very house, she pasted her simple announcement on poles and fences:

“Dear neighbors!
You can leave your bikes at house N2 in our street. (house at the bus stop, with a green fence) Ask Tamara Pavlovna.
The gray wolf is responsible for the safety.
The payment is purely symbolic, you will like it”

Three years have passed since then, Tamara Pavlovna blossomed and changed her mind about dying.

Every day, from morning until late evening, in the courtyard of the house, under a canopy, thirty, and maybe all forty bicycles and even a couple of mopeds are waiting for their owners. Only the gray wolf Timur has more accurate figures. Timur also got prettier and began to look pleased and important, as if he had just devoured both Little Red Riding Hood and Tamara Pavlovna.
Timur is always on the receiving and issuing. Serves people quickly, politely and correctly. He will never let out of the yard, a client with someone else’s bike. Even experiments were specially carried out. It’s just that the wolf compares the smell of the client with the smell of a bicycle. More secure than a barcode.

The whole village fell in love with Grandmother Tamara, because she saves people the most precious thing they have – sleep time. Some forty minutes, and some two hours a day. Riding a bike is not at all the same as kneading mud with your feet.
Students and those who are younger pay grandmother Tamara three hundred rubles a month, the Tajiks cleaned the well, repaired the roof and tuned the antenna, someone brings homemade testicles and bread, someone will bring a jar of milk from under his cow on a bike, someone – she’ll just say thank you, and on occasion, she always drives to the store for her grandmother.
And so, from early spring until the first snow, even in winter, a couple of snowmobiles and a motorized carriage are left.
Business works like clockwork.
Although, to be honest, there was once a small glitch. Somehow, one Tajik, taking his bicycle, tried to stroke Timur. The wolf, of course, punched his hand.
A very strange case. For example, I can’t even imagine how it’s possible to think of it so that in a bank vault, receiving gold bars from your cell, pat an armed guard on the head while on duty …