Simon Hooper, known as Father of Daughters (FOD), became famous thanks to his Instagram. He publishes unadorned photos, day after day, with a fair amount of humor, talking about what it’s like to be the father of four daughters and the only man in the family. No wonder Simon already has almost a million followers.

1. I wanted to snatch literally a minute for myself – but the child does not give such an opportunity, imitating a scene from a cheap horror movie 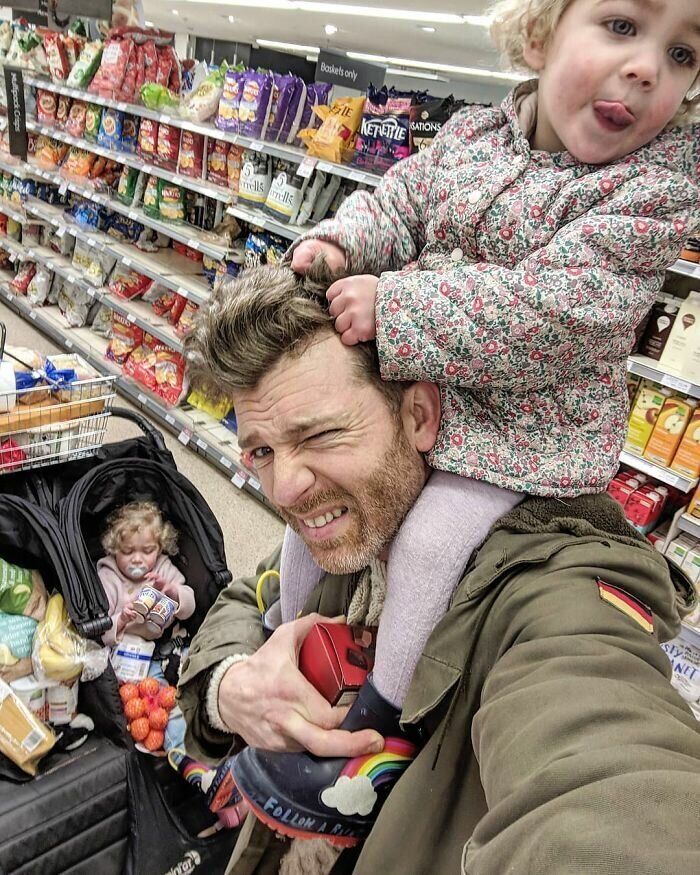 2. Simon and his wife planned to dress the twins differently in order to nurture their individuality and make it easier to distinguish between them. But it was not there! Girls demand the same clothes, and it’s useless to fight it 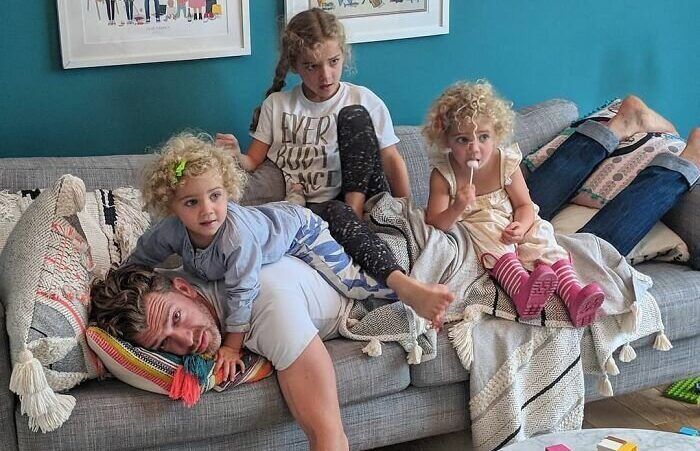 3. In appearance, they are very similar, but they approach the solution of the same problem in different ways. 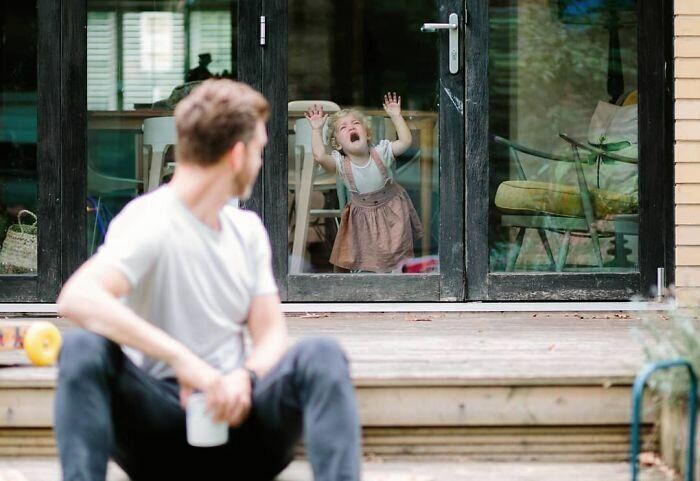 5. When you ask your kids not to get rowdy or splash around in the bathroom, everything happens exactly the opposite. 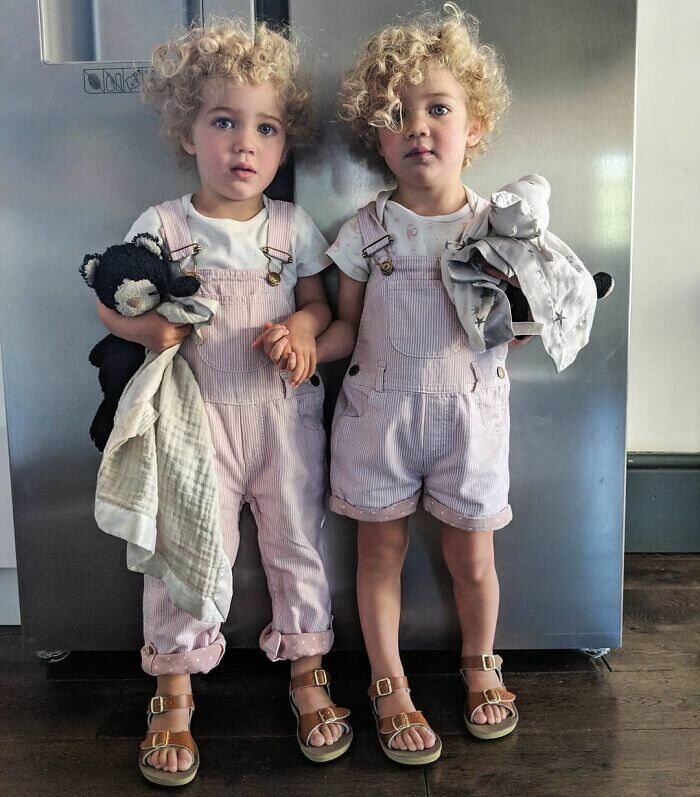 6. One of the babies suddenly staged a single recumbent picket and it was more difficult to remove her from the asphalt than crushed lipstick from the carpet. Then she got up, gave her father a piercing look, and went home as if nothing had happened. 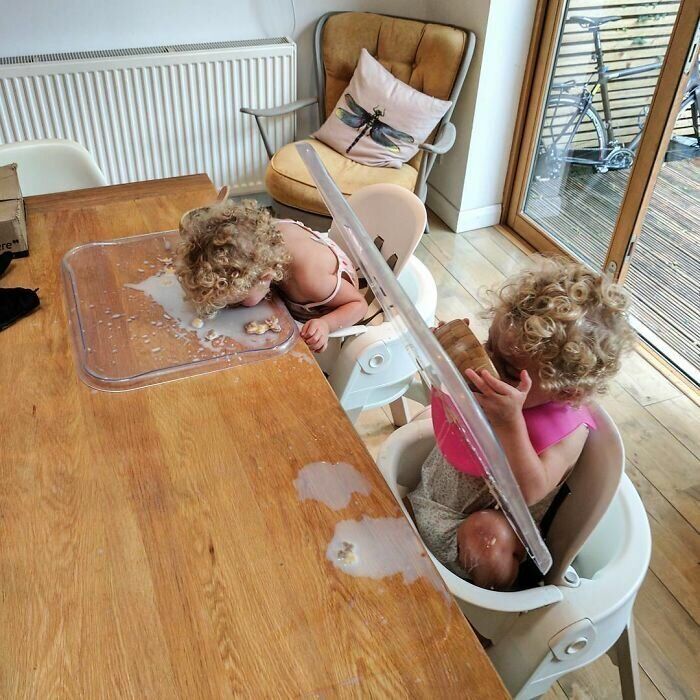 7. Simon believes that almost all parents suffer from Stockholm Syndrome. And in a way he is right! 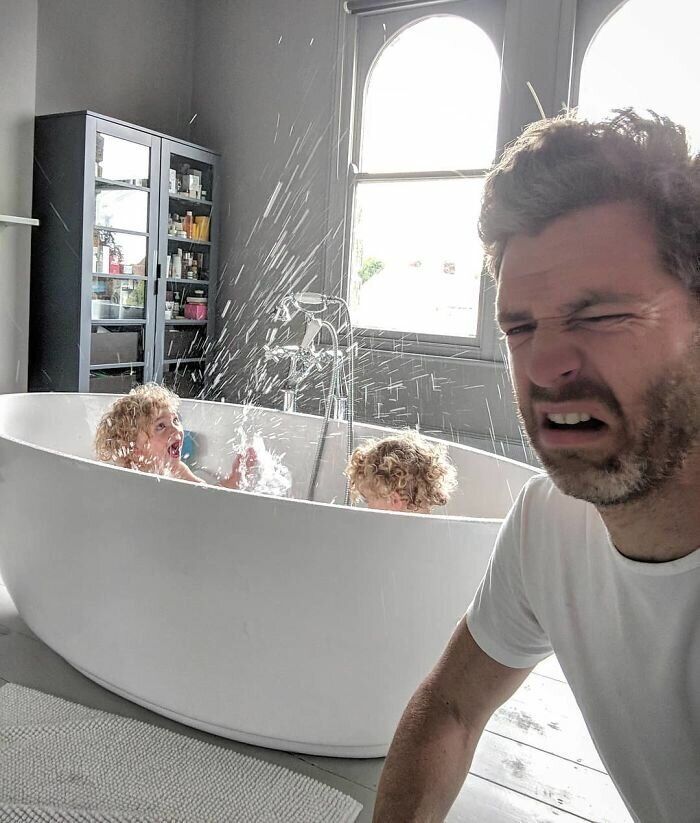 8. In the life of every parent there is an important moment, and this moment is educational. Girls need to instill certain values, teach them a lot, and in this they simply need a dad. 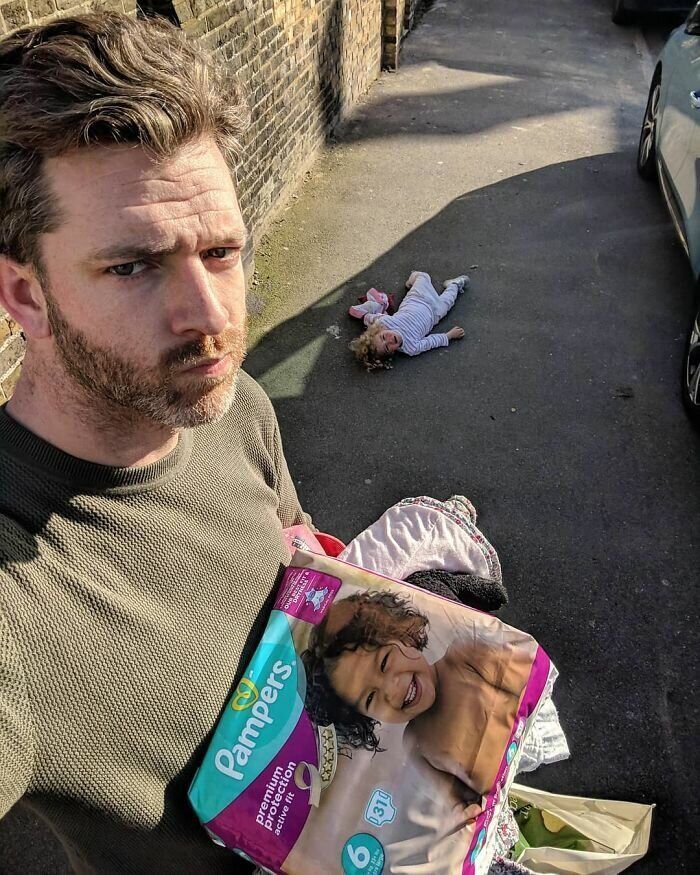 9. Simon tries to take his daughters to holidays and events more often so that they get used to society from childhood 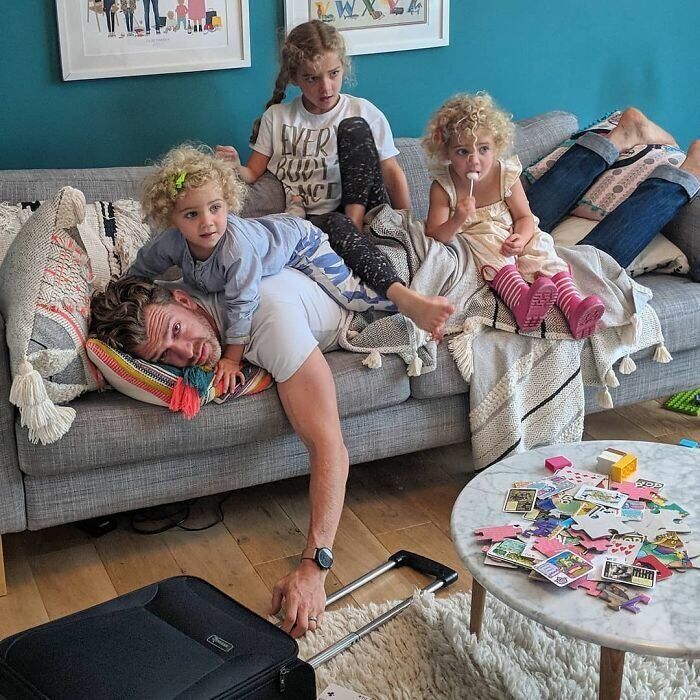 10. When it’s time to put the kids to bed, you just need to stock up on an abyss of patience. And solve the problem of anger management! 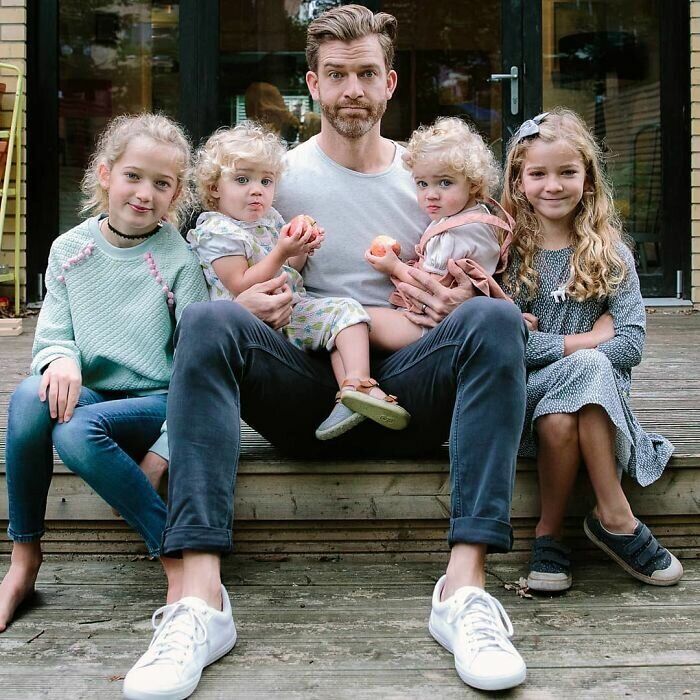 11. When the twins were very young, Simon carried them in a carrier. There is nothing more courageous than a dad who knows how to take care of his child 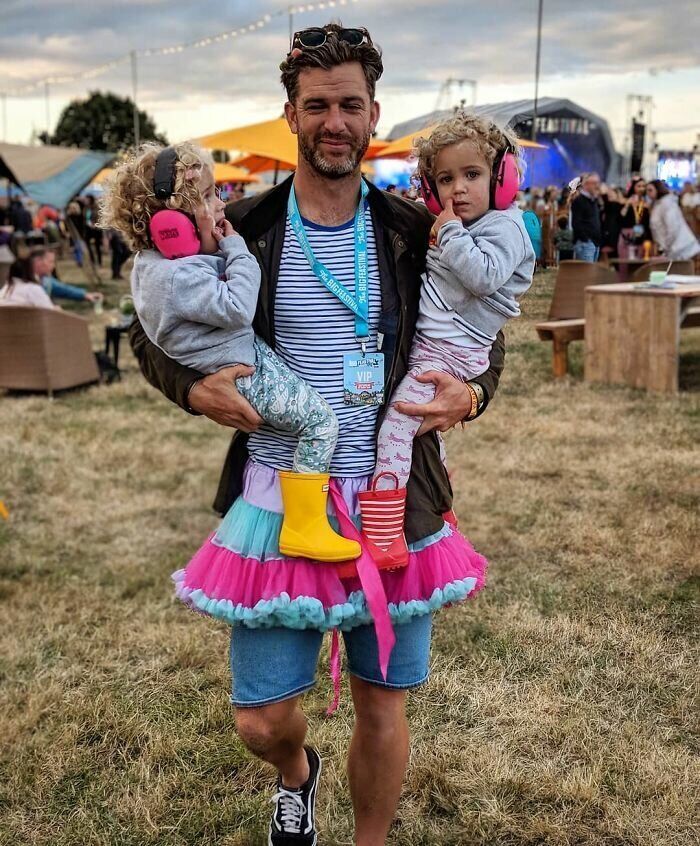 12. The older sister is an unsung hero who helps her parents. 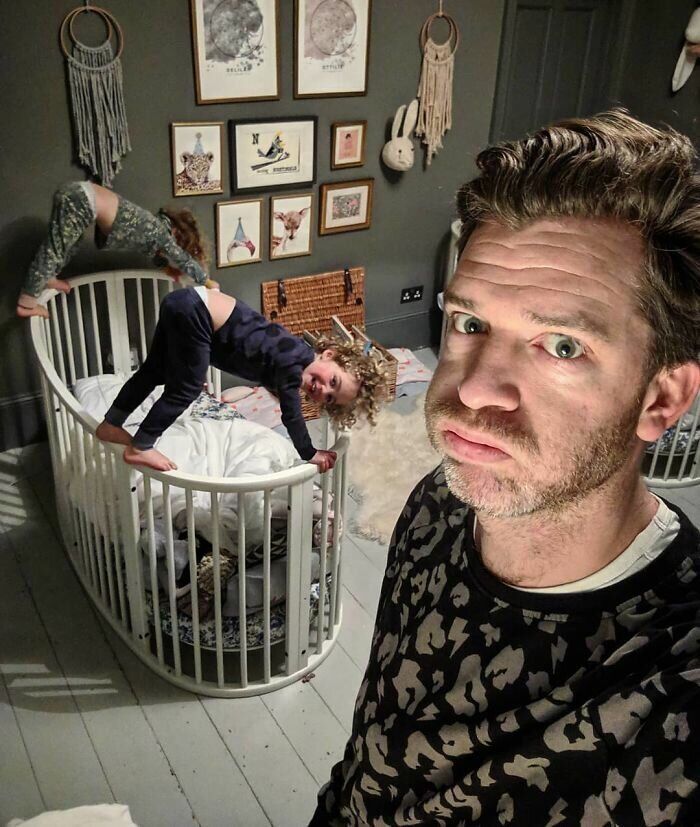 13. If a child refuses to go, father’s ingenuity comes to the rescue. 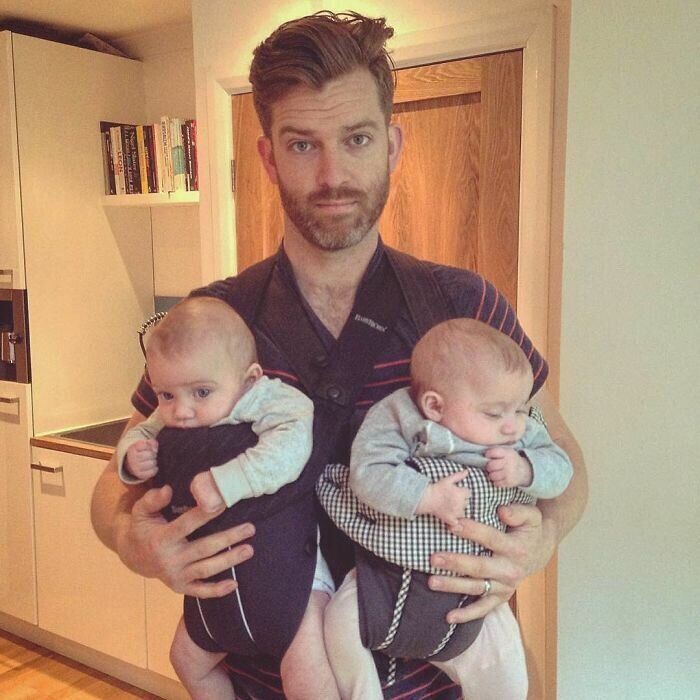 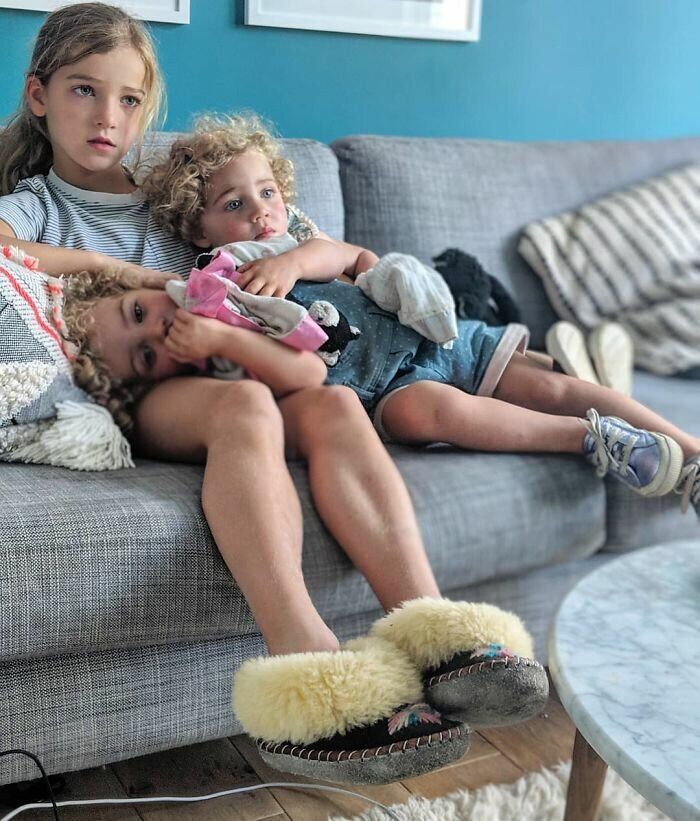 15. Dads also change diapers. Unfortunately, there are still no changing tables in the men’s restrooms. 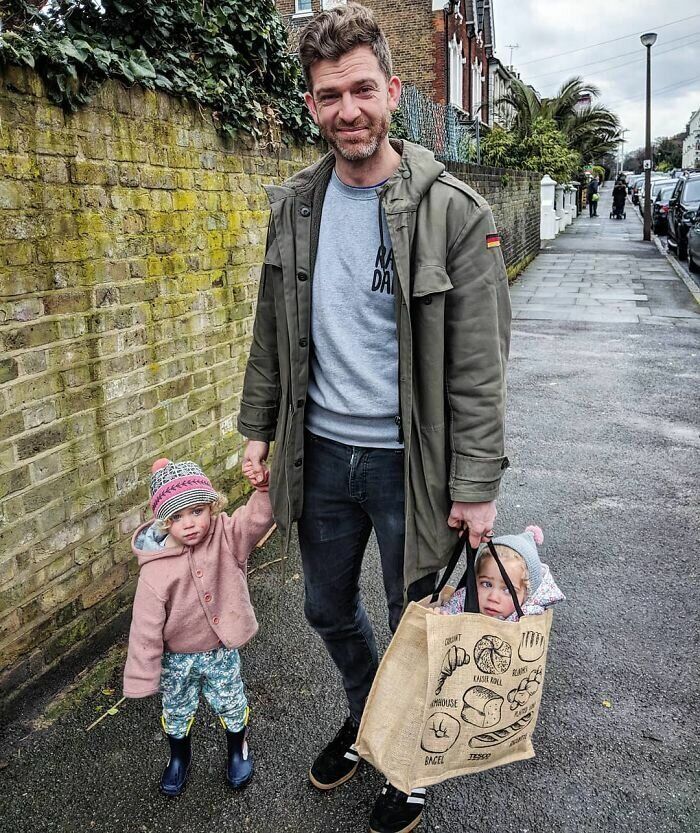 16. Going from cribs to big girl beds is like moving from Alcatraz to a low security prison where relationships are built on trust. 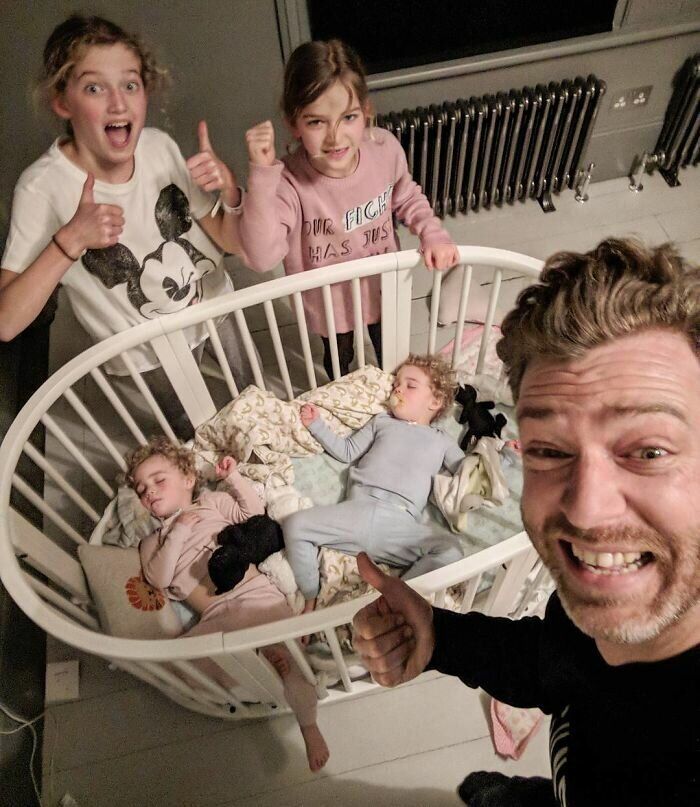 17. Two important lessons: 1) if the children are quiet, then something bad is happening; 2) Dad will still be to blame, who did not follow 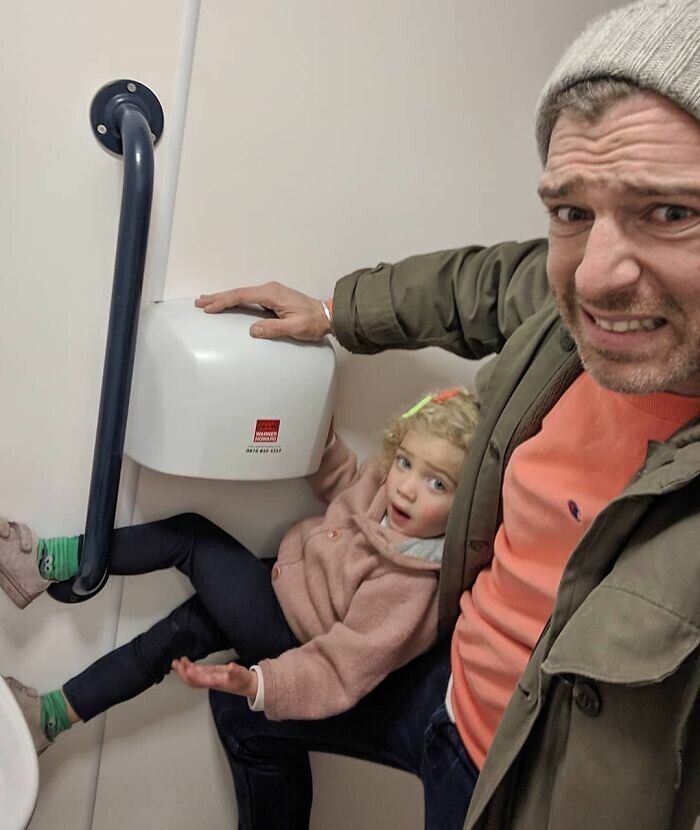 18. They then kiss, then fight and tear out each other’s hair. Either best friends or mortal enemies. In general, some kind of minefield 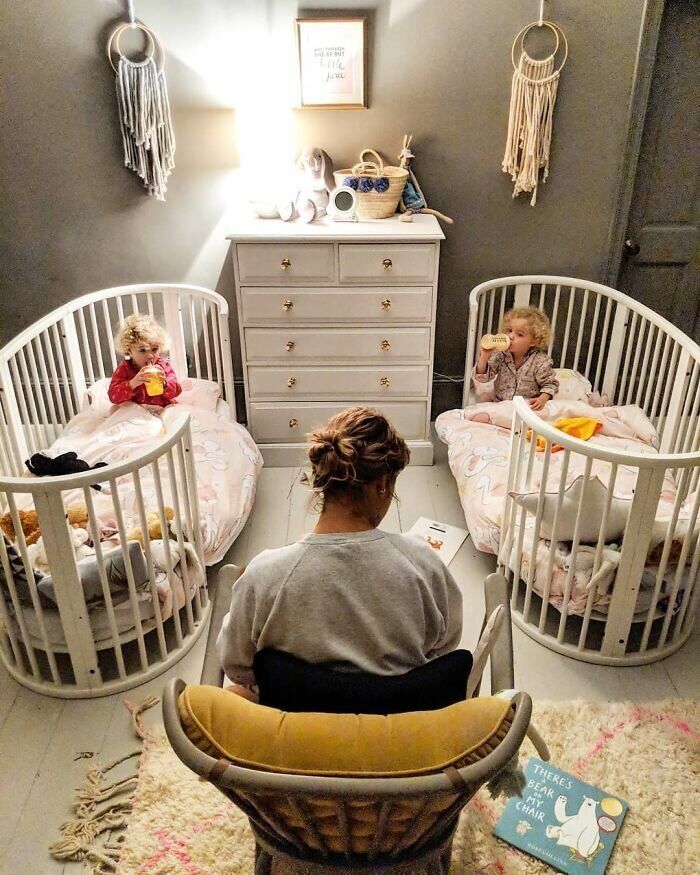 19. And these are two older ones. But they still need daddy’s hugs before bed 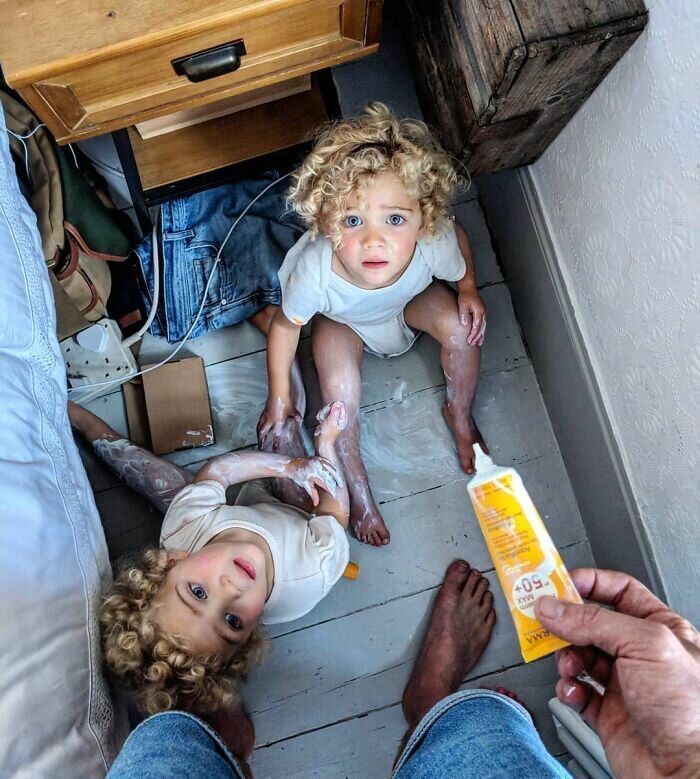 20. You can be a good parent and still have an active social life at the same time. Don’t just focus on the house and the kids, here’s Simon and his wife’s advice 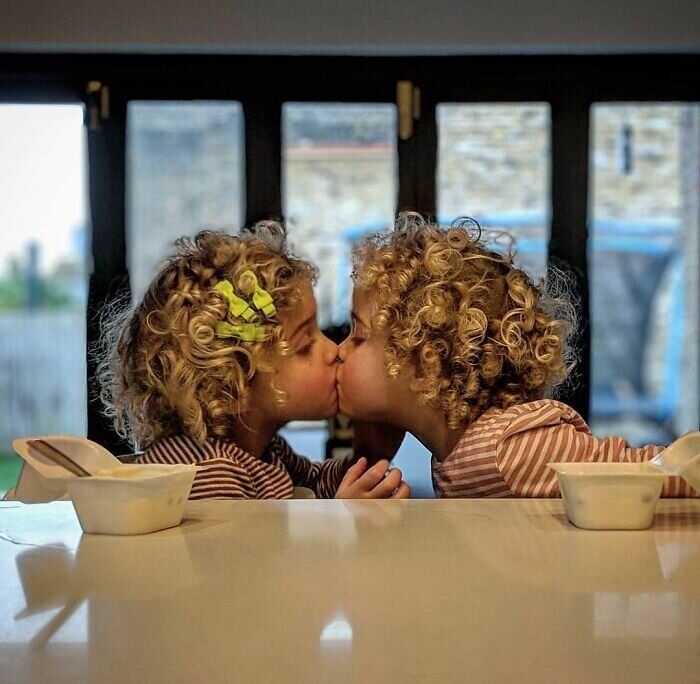 21. “Another 16 years before they all leave their native nest, and I’m already worried and want them back.” 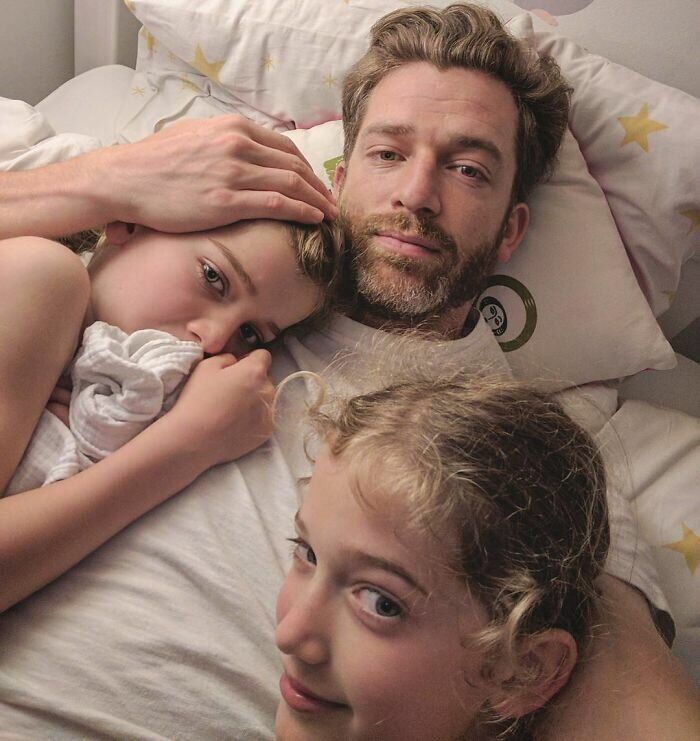 22. Either the girl is training for a trip to the North Pole, or dad just caught the person responsible for the disappearance of sausages, yogurt, grapes, blueberries and cheese braids. 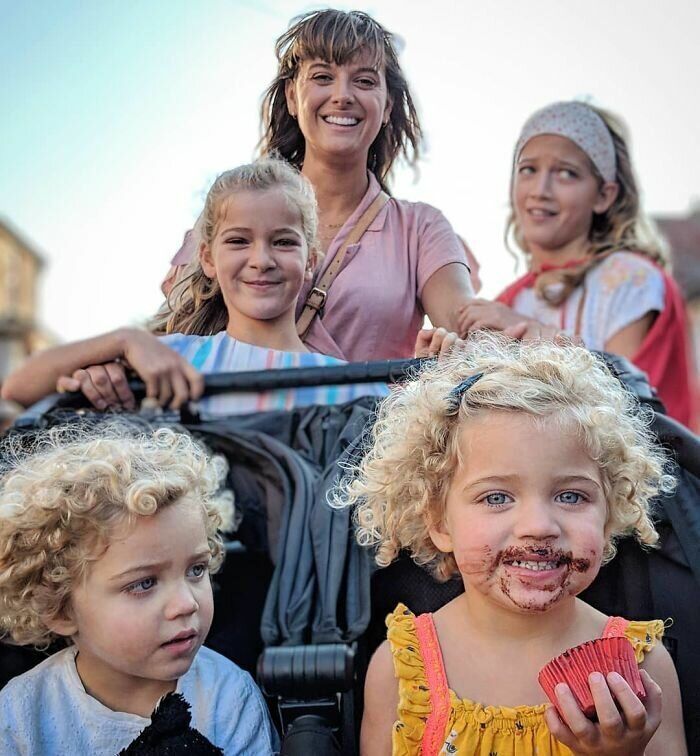 23. Humane morning, morning with food … Parents, however, are not laughing 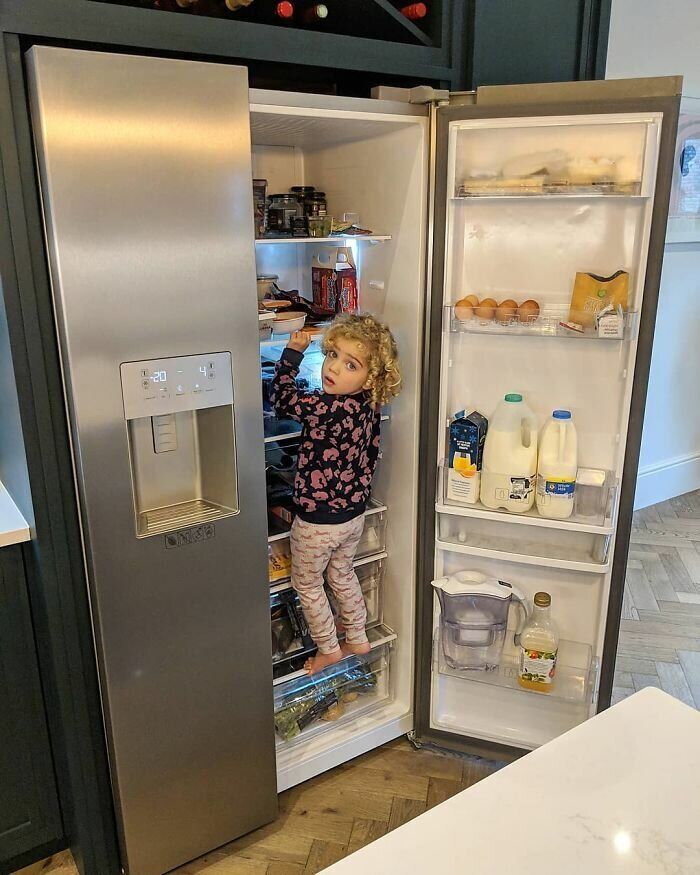 24. And what is this Medusa Gorgon? Again, you need to call dad, who, with the help of shampoo, a comb and a sort of mother, will be able to bring the hairstyle to a statutory appearance. 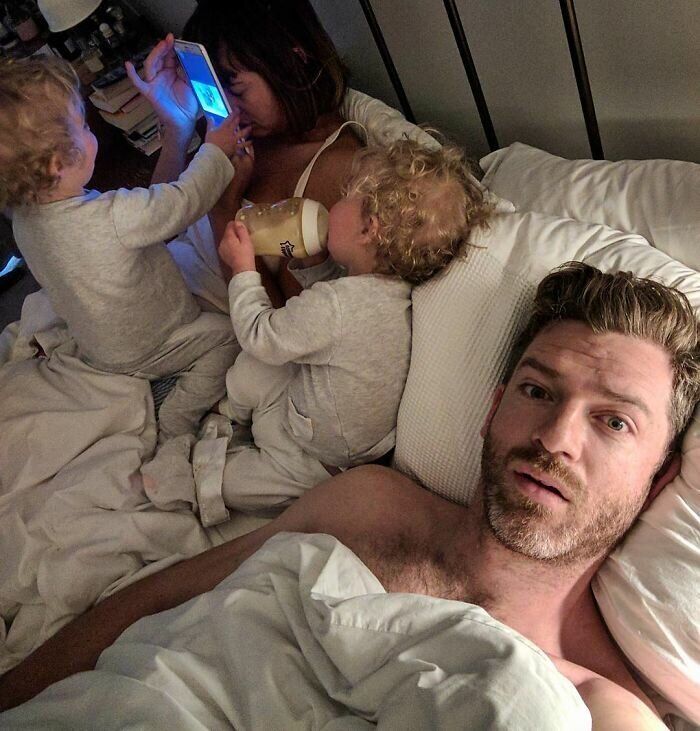 25. When a child goes on a bedstrike, you can break the template and lie down next to him. The result will not be slow to tell 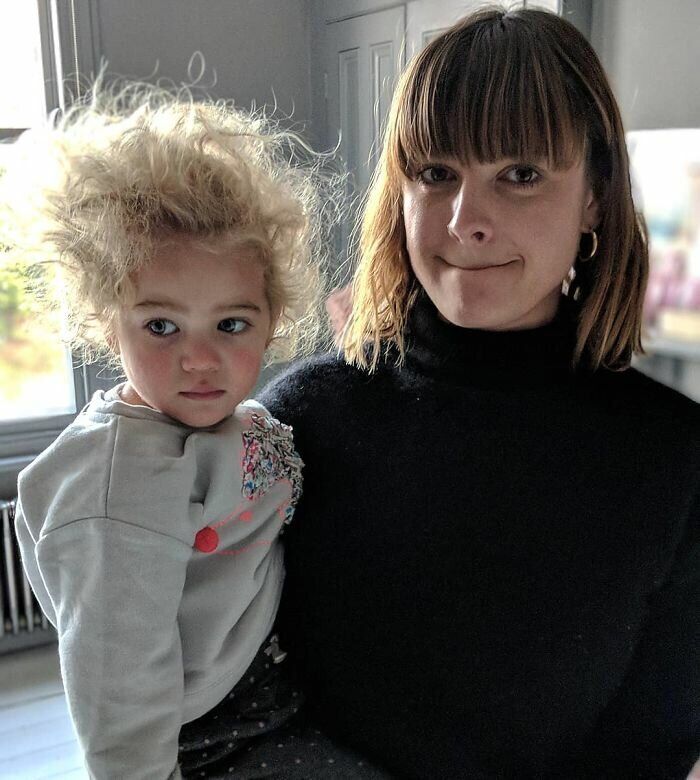 26. When mother left for three days, you can make some indulgences and changes in the routine. After all, somehow you have to survive, in the end 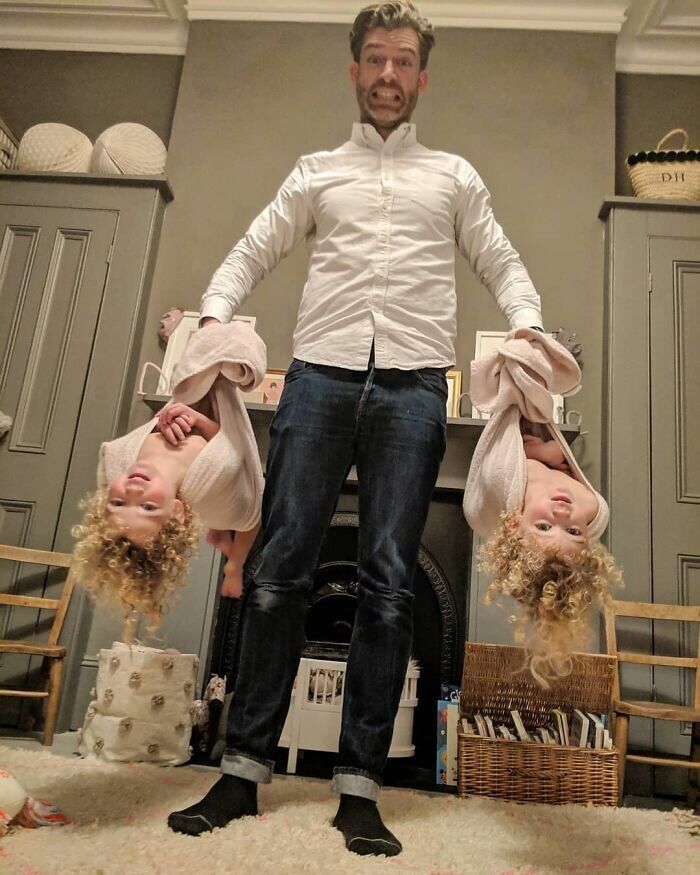 27. The inalienable right of every father is to throw his child in the air as high as he wants. 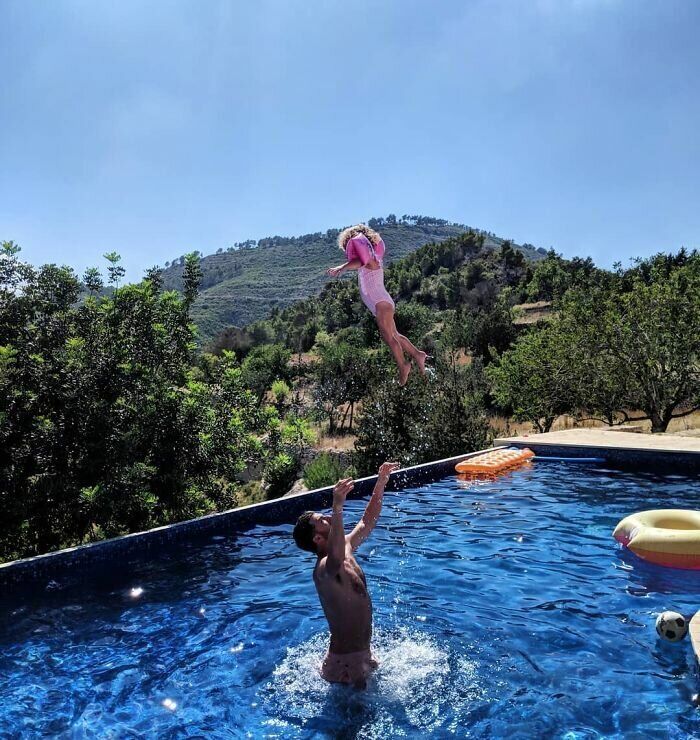 28. Mom left again. It’s already been the sixth day. Even going to the supermarket causes anguish and stress, but you have to hold on …

29. “I made a mistake making this ‘den’ for girls. They liked it and now they demand it every morning 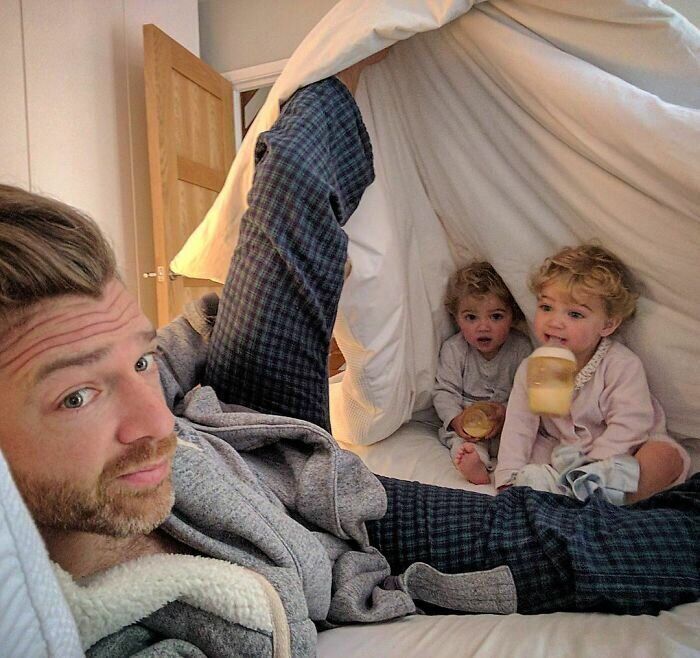 30. “I’m pretty sure that’s how the product design meeting for Sudocrem diaper rash cream went when it was first released to the market.” 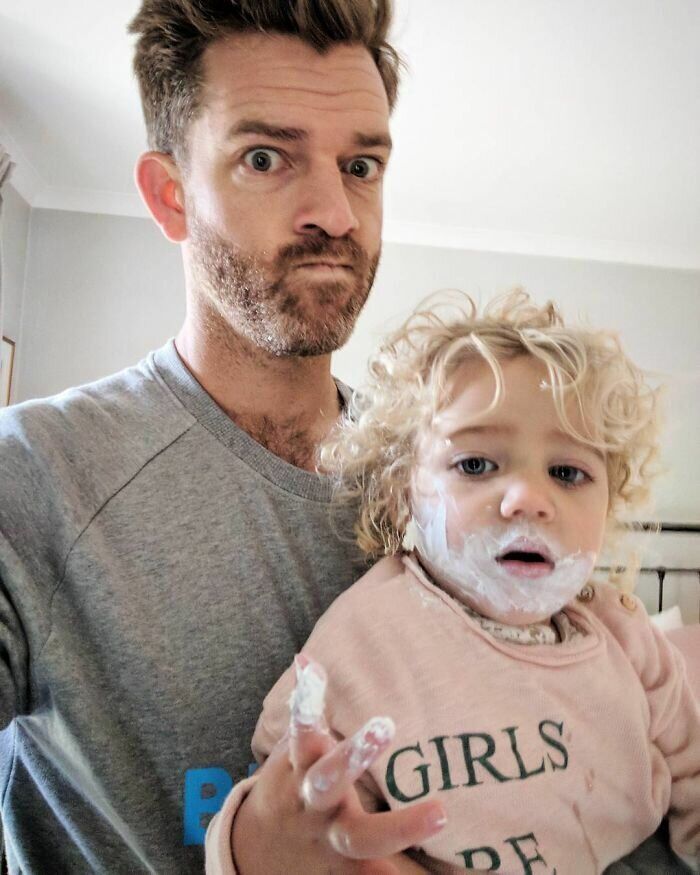