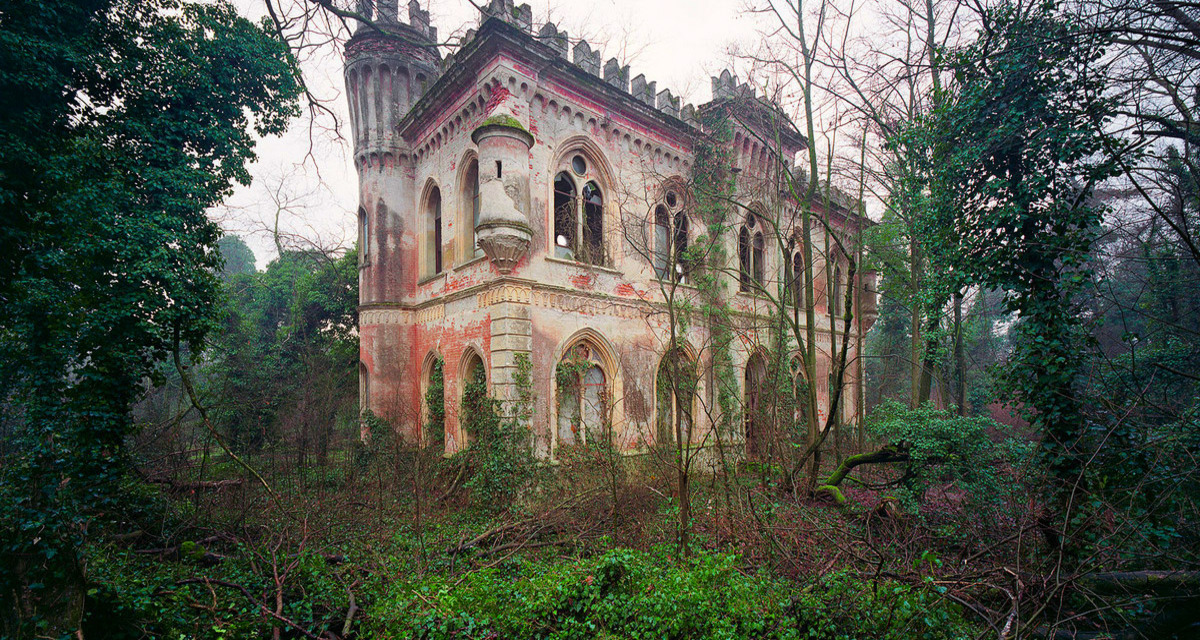 A photographer who was traveling through northern Italy came across this gem. Initially, he was shocked by the ruins of the old house, but when he saw that its interior was almost completely preserved, along with luxurious furniture of the 19th century, and the cellar with dozens of sealed bottles was untouched by time, he was simply shocked.

Roman Robroek is from the Netherlands and his favorite shoots are old abandoned buildings. On a trip to northern Italy, he visited a small town where he came across a 19th-century villa.

Passing the ruins, overgrown with greenery and moss, he was shocked by what he saw next. Surprisingly, the original interior with antique furniture has been almost completely preserved in the house. 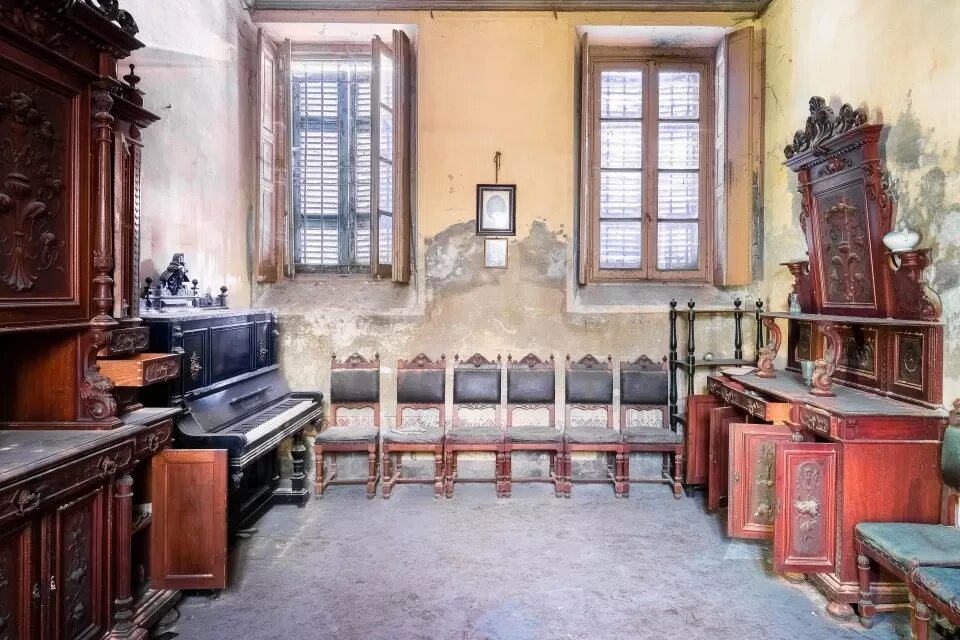 There was a feeling as if time had bypassed the bedroom sets, and all the rooms seemed to have already been prepared for the reception of guests. The fact that people had not been here for a long time was evidenced only by a thick layer of dust. 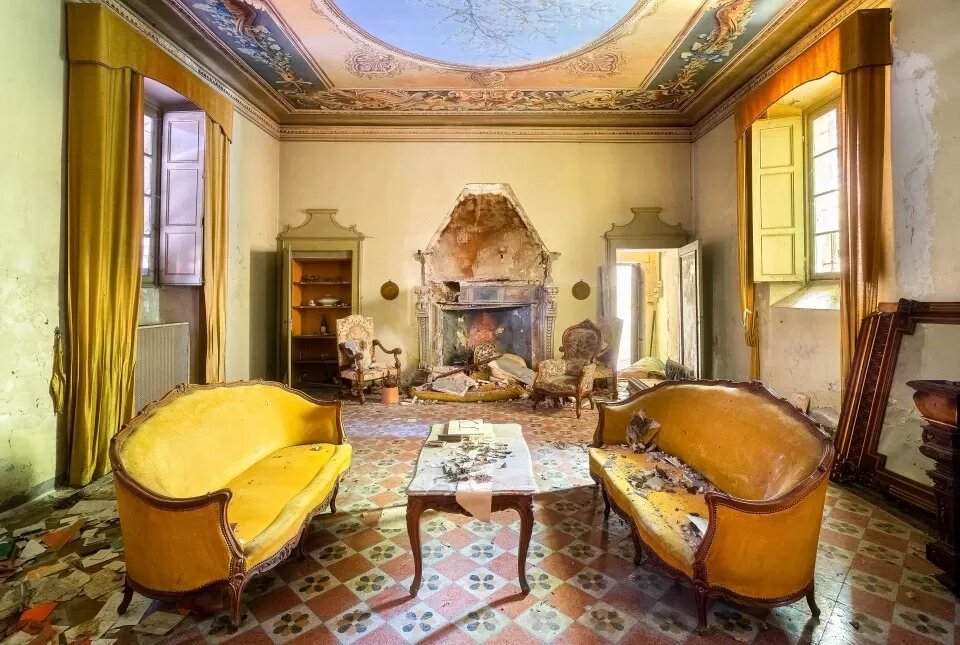 Moving around the villa, Roman went into the living room, which was done in yellow shades. There were luxurious sofas, and on the ceiling there was an exquisite image of a tree. 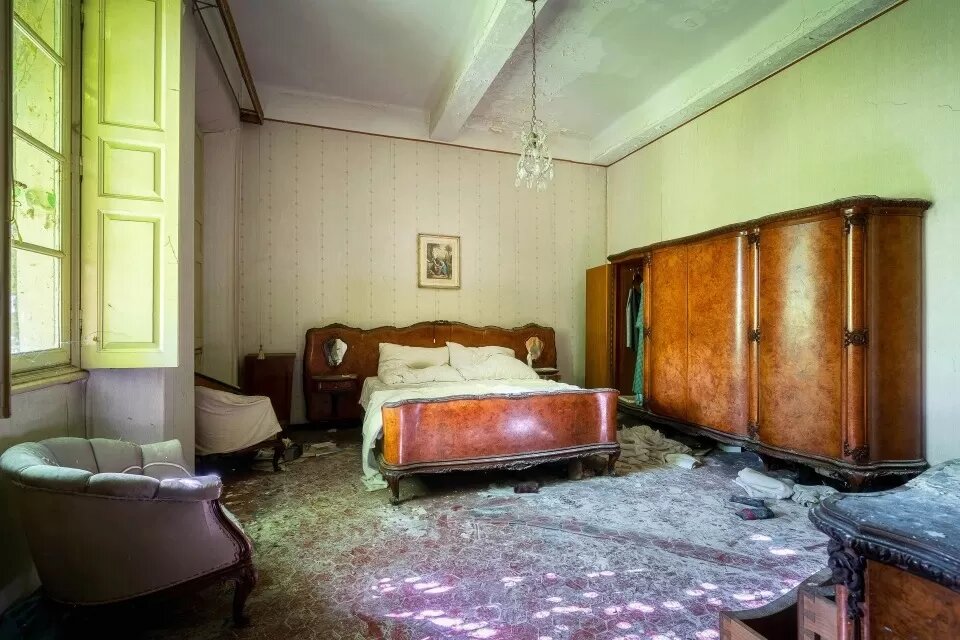 The rest of the rooms were no less admirable. In one of them, he found a wall painting depicting a beautiful castle against the backdrop of the sea. 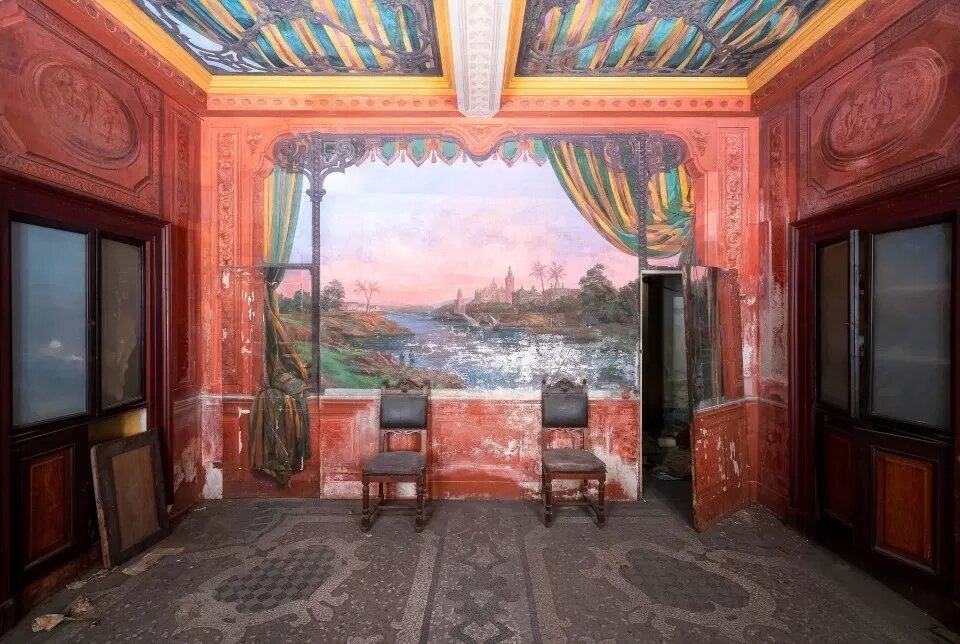 Next, Roman moved to the basement, where he found a wine cellar with a collection of sealed bottles of wine and liquor covered in dust. 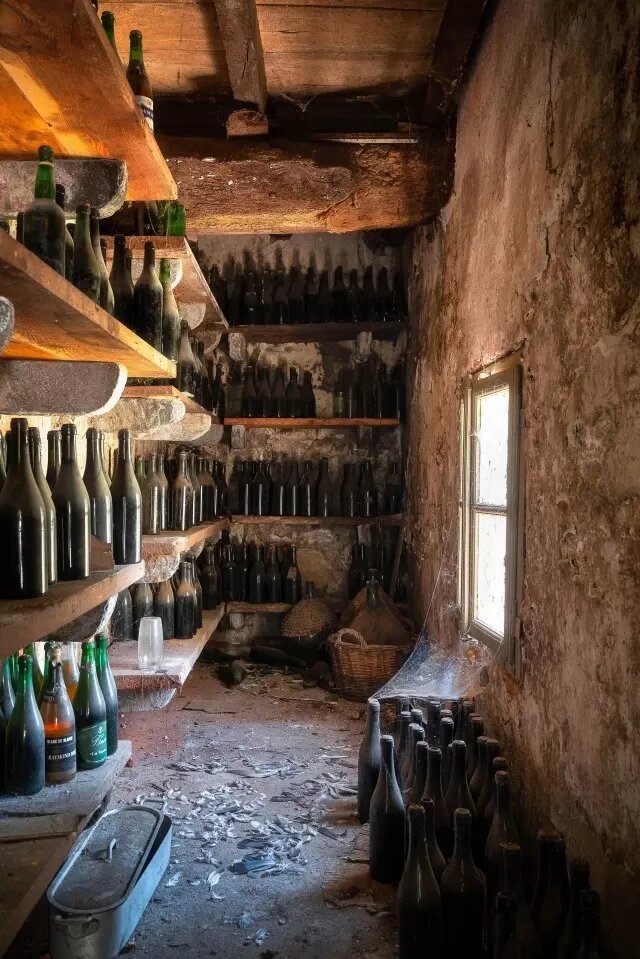 The most interesting thing is that even the curtains on the windows are perfectly preserved. Old books lay around the rooms, statues of saints and the Madonna stood. 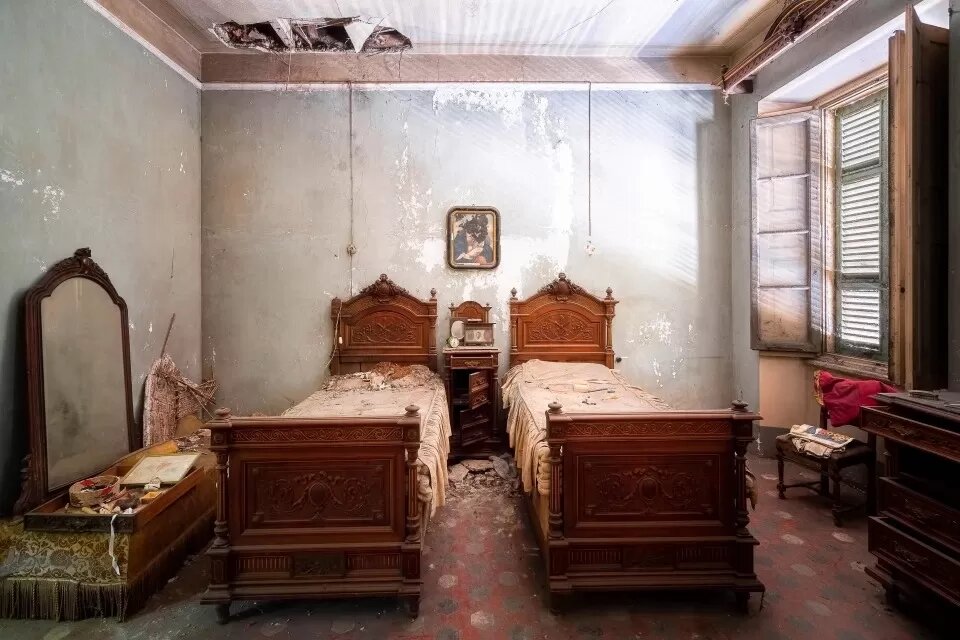 Later it turned out that this villa belonged to a lawyer who bore the title of knight. In one of the rooms there was even a portrait of him with an inscription that this person was born in 1874. 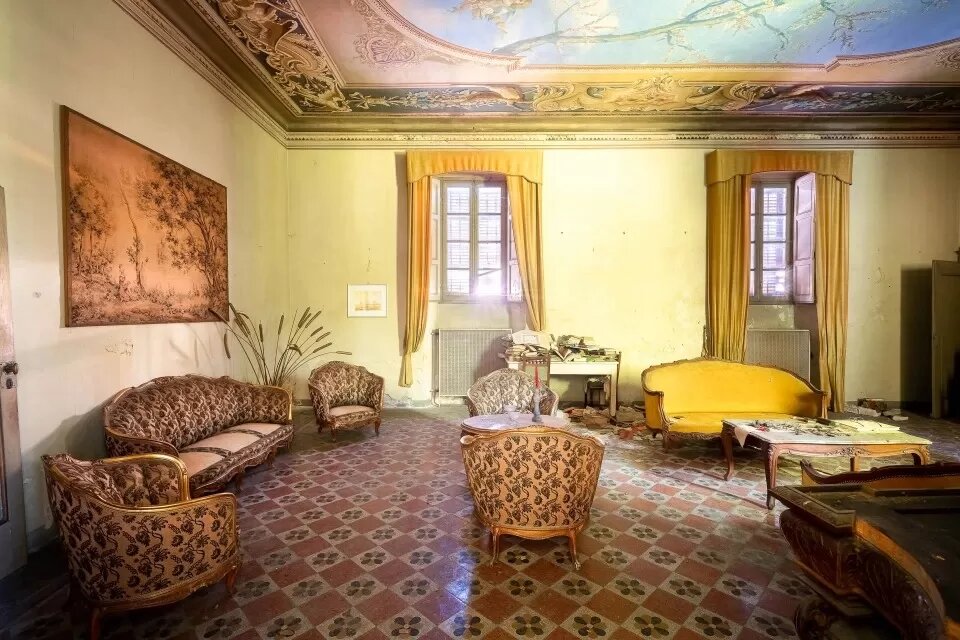 After a lawyer, a wealthy family of landowners who grew grain lived in the house. 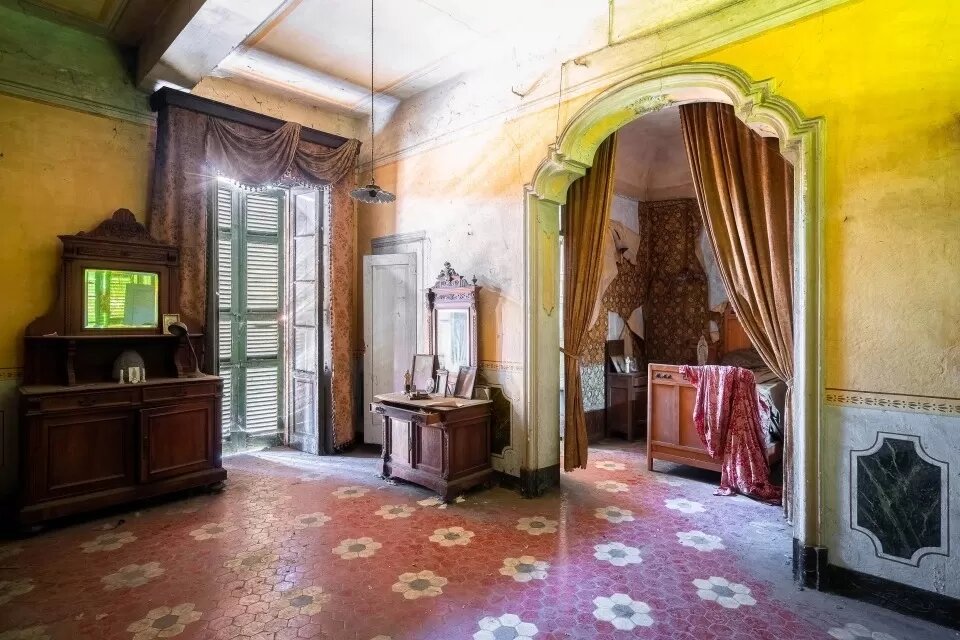 Also in the office, the photographer came across several birth certificates, one of them said that the son of this family was born in 1941 and received a higher education in agriculture.