Courtney Rogers, 37, from New Mexico in the US, and her husband Chris, 34, have had 12 children in 12 years — and their daily family life involves lots of juggling

A supermum who had 12 kids in 12 years has turned her brood into a real-life Cheaper by the Dozen family after giving birth to her youngest.

Courtney Rogers, 37, from New Mexico in the US, and her pastor husband Chris, 34, welcomed 6lb 12oz Cambria into the world on 7 March, bringing their total kids to the magic number 12.

The parents say they never intended to have so many kids when they first decided to start a family, and even suffered a miscarriage when they first started trying — but now their brood is «perfect.»

Their eldest son, Clint, was born on 30 March 2010 before the couple went on to have another five boys, followed by six girls.

«It is amazing how it worked out too because we had all our boys at the beginning and the last five have been girls, so it all evened out,» Courtney said.

The six boys are the oldest kids, followed by the six girls ( Image: PA Real Life)

«Clint was born three weeks before I turned 26 but, back then, I had no clue that I would have more children.

«I thought I was too old at 26 and I didn’t know they would come so fast, plus include a set of twins.

«Then we said we would have 10 children maximum, but I still felt young and healthy enough, so we pushed it to 12.» 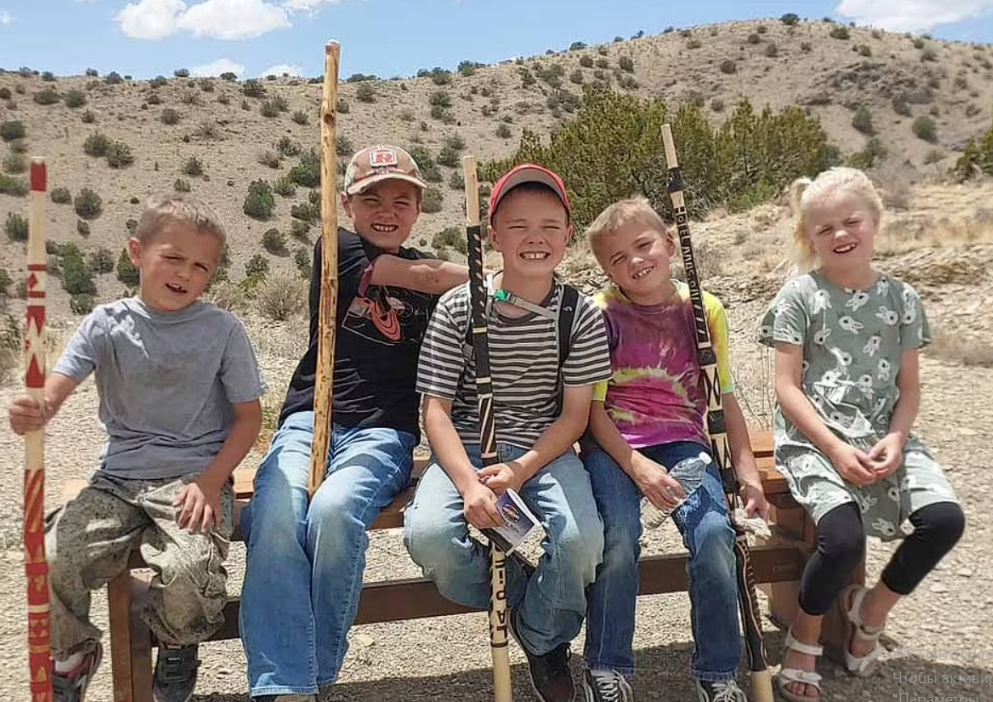 As if the kids weren’t enough to run around after, they also live on a farm with more than 200 animals including pigs, sheep and chickens

The family is now relieved to have little Cambria home after she spent the first few days of her life on oxygen after being delivered via C-section.

The tot swallowed too much fluid and had to be monitored for several days.

While Courtney and Chris had an agonising wait for news on Cambria’s condition they were reminded of the frightening birth of their second-youngest, Caris, who was delivered via emergency C-section when doctors feared she wasn’t getting enough oxygen.

Now with 12 children aged 12 and under, Courtney and Chris are getting stuck into family planning to manage the bunch.

Since first becoming a mum 12 years ago, the longest Courtney has gone without being pregnant is seven months. The biggest gap between two of the children is 20 months, during which time Courtney sadly had a miscarriage.

She said: «It is going to be strange not to have another baby. 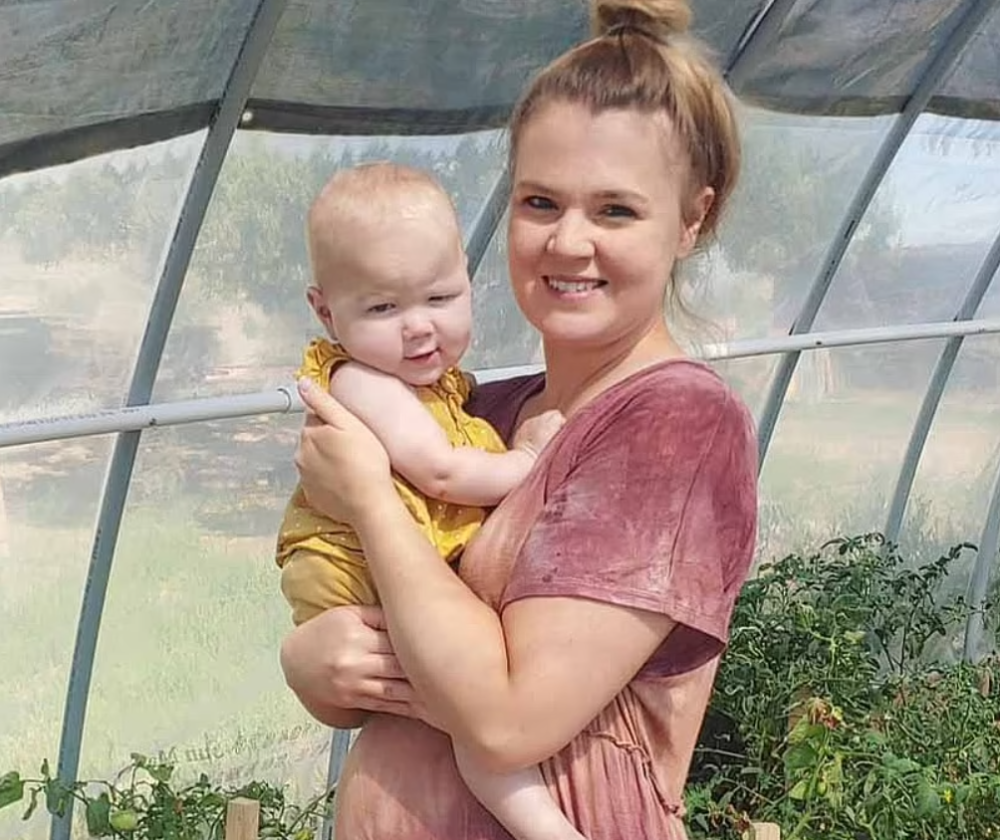 Courtney shares their life on Instagram where she has nearly 35,000 followers ( Image: PA Real Life)

«I have enjoyed having babies.»

While managing so many kids, Courtney can spot their little personalities coming out as they get older.

She said: «The little girls know they are the youngest because they try to get away with everything.»

Without any more kids planned, the parents are now turning their attention to some home improvements — including an extension on their four-bedroom house to create seven bedrooms. 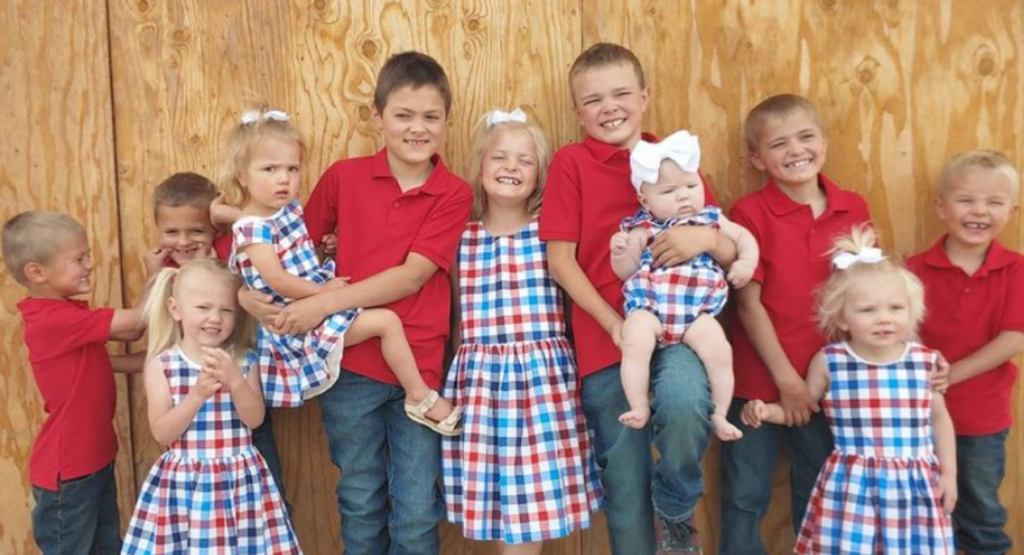 It will also give Courtney more time to focus on the weekly shop, which includes 80 disposable nappies (while they mainly rely on reusable versions), six loaves of bread and 10 gallons of milk.

Courtney says the kids, who are homeschooled, are all incredibly close and like to «pal up» with each other.

«When they are younger I help the children with all their schooling, but when they are older — from the age of 12 — we switch to online tuition.»

A typical day in the Rogers household involves breakfast at 8am, before lessons in maths and art.

Lunch tends to be around 11.30am-12pm when Courtney will feed the little ones sandwiches and put them down for a nap, while the older kids make their own food. 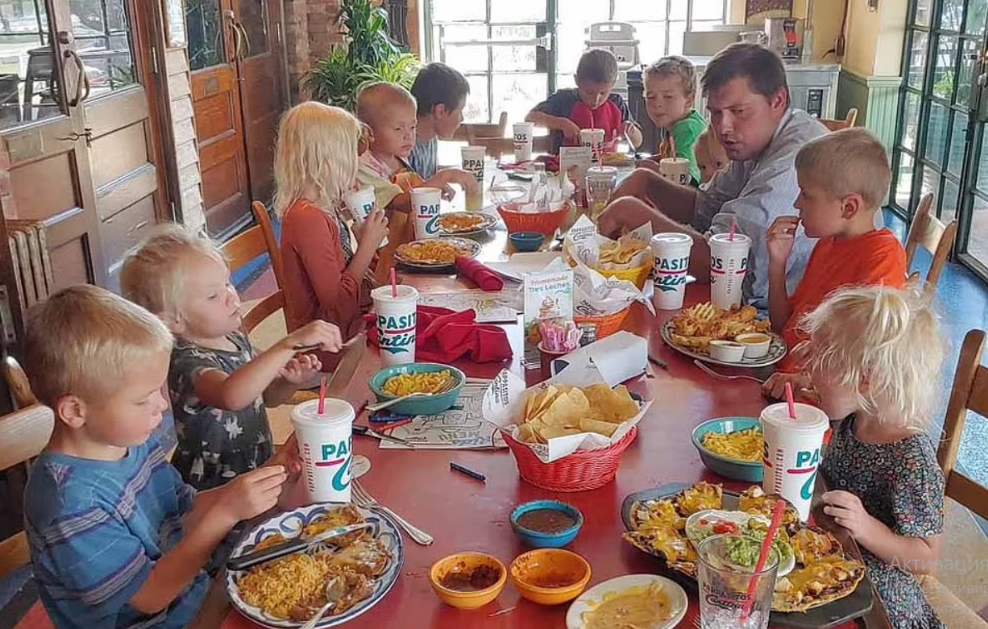 In the afternoon, the kids have an assortment of language classes, arts, and reading time, with Zoom piano lessons thrown in once in a while.

Dinner is served at 5pm which is usually a meal that has been batch-cooked by Courtney, such as spaghetti or homemade pancakes.

A typical mealtime will see the family get through 24 eggs, while a whole box of cereal is used up at breakfast every day. 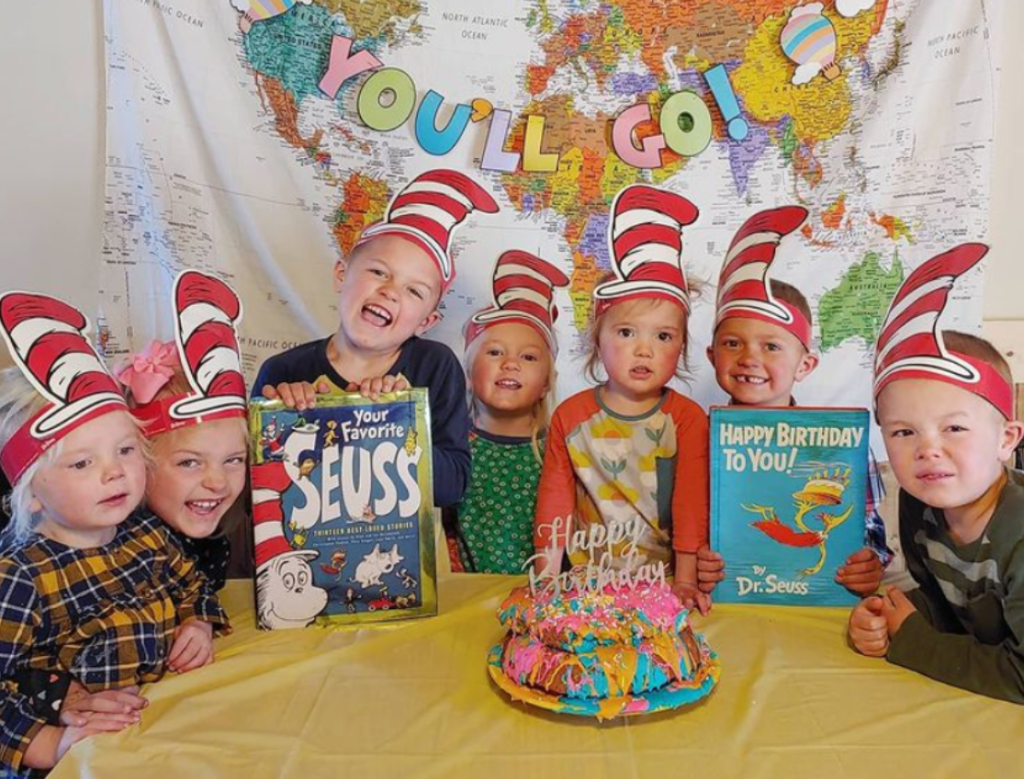 In between teaching the kids, Courtney also takes responsibility for keeping the house tidy, before she puts them down to bed at 8.30pm.

Courtney documents her family life on her Instagram page, @littlehouseinthehighdesert, where she has nearly 35,000 followers.

However, having such a big platform has opened her up to some nasty trolling from people who object to her having so many children.

She said: «People we know don’t say anything to our faces, but there are always those on the internet who have something mean to say.»

She added: «I do find it hard sometimes, as most people think we are crazy for having so many, but I have several friends on the internet with big families.»

«I am content right now, but I am sure I will miss the baby stage, although I think Chris might have something to say if I get broody again.» 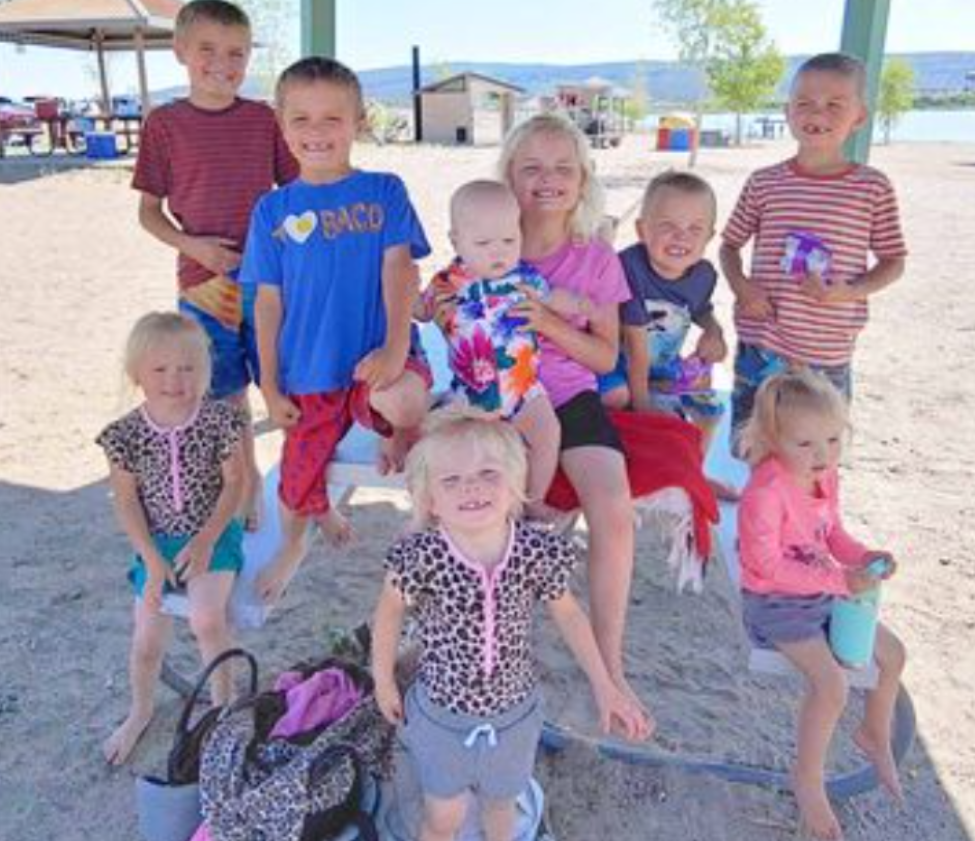 Do you have a large family? We pay for stories

» Pregnancy mostly treated me well, I didn’t get sick and was never on bedrest, so I could always look after the kids.