Very few people remember events from their years as a toddler. Thanks to the internet and cell phone cameras, every memory can be captured forever! This toddler girl is going to love seeing this years later. 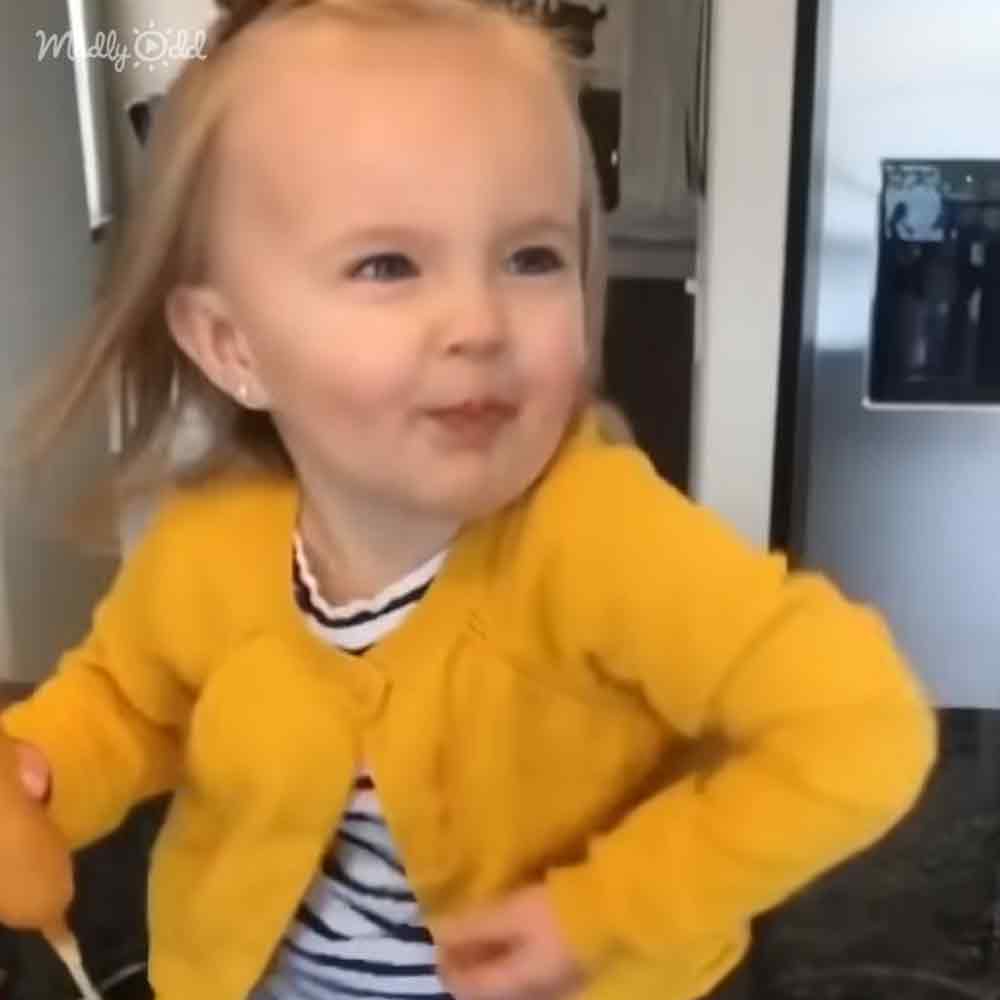 Even though the backdrop is the kitchen, this girl adds rockstar flair to her performance by letting her hair blow in the wind. It makes the dance much more epic.

This adorable video has gone viral with over 2 million views since it was posted. People love commenting on the video, including one that wrote, ‘Waiter, I’ll have what she’s having!’ 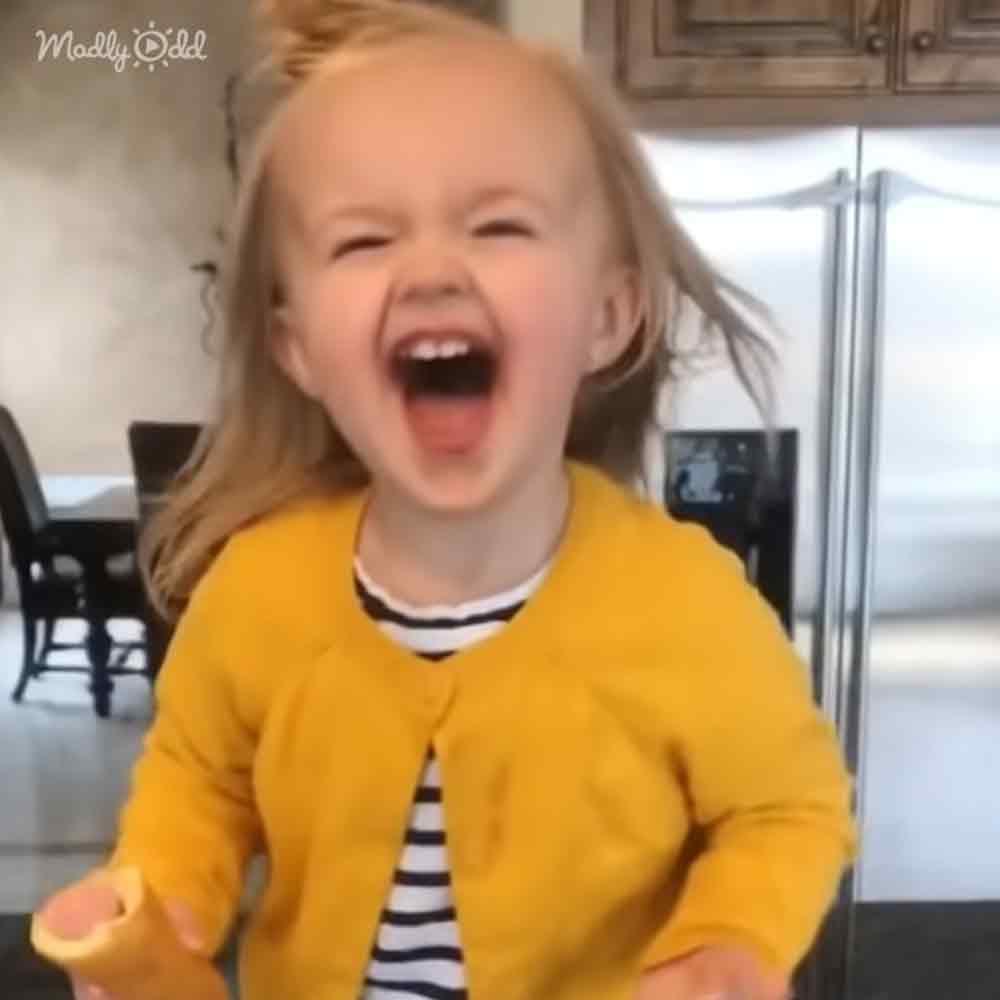 Her mom writes, ‘Our almost-two-year-old little girl loves to dance, and after being inspired by another little girl dancing, we caught the most epic hair blowing, corn dog eating, Beyoncé dancing video!

This will surely brighten anyone’s day and provide a few laughs. The way she goes for it with reckless abandon is hysterical, and the corn dog in her hand is an added comedy bonus.