The world is full of historical monuments dedicated to different events and people. And behind some of them are incredibly touching stories.

Mila was the daughter of Dmitry Petrakov, who was a participant in the war. The man went to the front in the first year of the war. He kept in touch with his daughter through letters. In one of them, a cornflower was embedded, which was uprooted during one of the explosions. 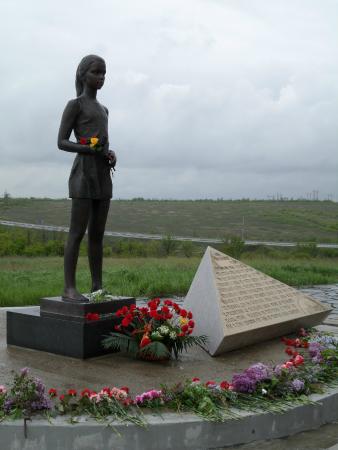 Dmitry died in 1943. The letter was reported by his brother-soldier Mikhail. He even wrote an entire article for a magazine. Leonid Levin, a Soviet sculptor, was so impressed by this story that he decided to make a sculpture of Dmitry’s daughter Lyudmila holding a cornflower from a letter. The letter itself lies in front of the girl.
Lyudmila herself has been to the place where the monument stands more than once. Petrakov’s daughter lived for 82 years.

In 2004, a school in Beslan was seized. The boy’s monument is dedicated to this event. Among more than a thousand hostages was Georgy Ilyin, a first-grader who was released by special forces during an assault operation. The boy’s leg was injured, he was hungry and undressed. He clenched his hands into fists and screamed out of overwhelming emotion. Some time later, due to blood loss and dehydration, the boy lost consciousness. 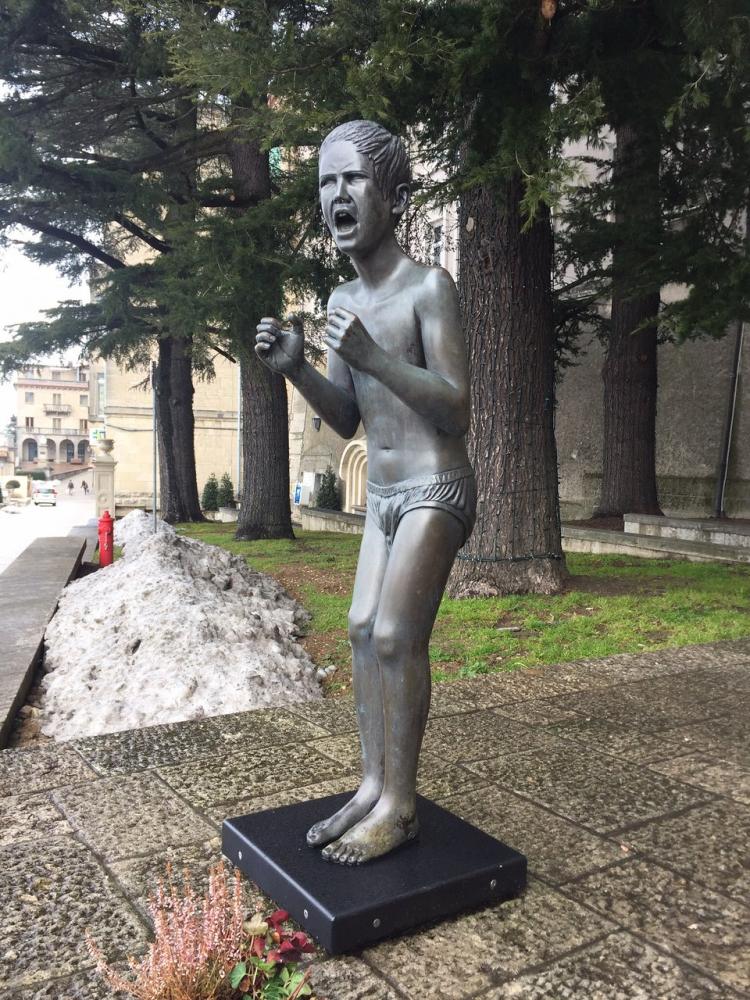 This moment was captured by a photographer, after which a lot of people saw the picture. Sculptor Wendy Renzo was inspired by this photo and created a monument with this boy in San Marino. And Georgy Ilyin subsequently connected his life with medicine, and during the outbreak of the coronavirus epidemic, he became one of the first to help the sick.

A four-year-old girl named Karina miraculously survived after wandering in the taiga. Together with her puppy named Naida, the girl left the village of Olom in an unknown direction. At first, my mother and grandmother decided that Karina was taken by her father. However, three days later, they realized that the girl was actually missing.

Rescuers found no trace of the girl anywhere. The girl’s mother had a heart attack and was taken to the hospital by helicopter. The search was not successful. There was practically no chance of finding Karina. The taiga is a dangerous place, it has a lot of wild animals and swamps, and even in summer the nights are very cold. 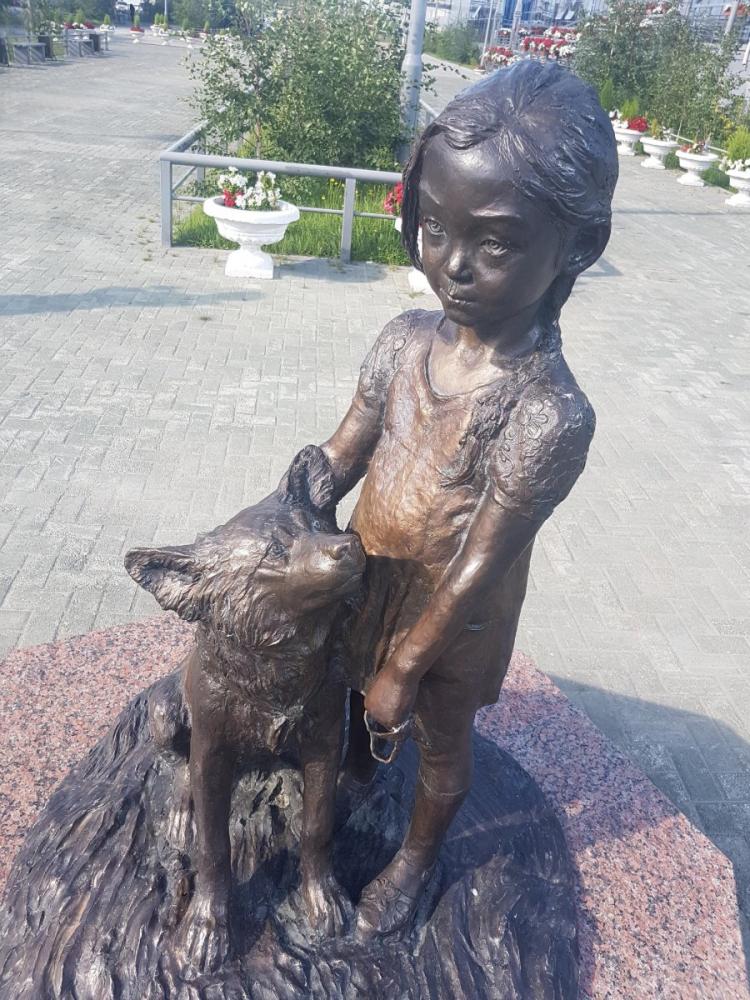 More than a week passed before the exhausted Naida reached her grandmother’s house. Rescuers continued to search for the girl, but still without success. Karina was found only on the twelfth day. The girl was sitting in the reeds, bitten by the reeds and absolutely without strength. When she saw the rescuers, she held out her hands to them and began to cry. Karina fought with all her might for her life: she was looking for food and a place where she could sleep. Everyone was struck by her passion for life.

The monument to Karina was erected at the Yakutsk airport. It serves as a symbol of strong will and desire for life. Now the grown girl is studying at college, and her mother moved to Olekminsk and found her happiness there. 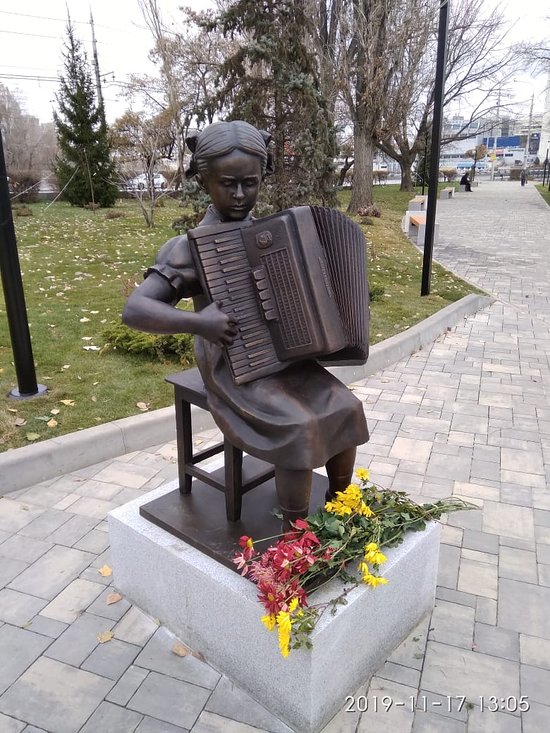 The monument appeared in Volgograd in 2019. It depicts a girl with an accordion on her knees. The girl was engaged in playing the accordion from an early age, but because of the Great Patriotic War, she had to stop studying at a music school. Her parents had to sell the piano, but they decided to keep the accordion. The girl played it in the Stalingrad hospitals for the wounded, which caused them real delight. Alexandra after graduation became a famous composer.

Monument to Rick and Dick

Rick Hoyt was born in 1962, the boy was diagnosed with cerebral palsy. Parents taught the boy letters, and when he was 11, they purchased a special computer for communication. By touching his head, he selected symbols and thus could communicate. Thanks to this, little Rick was able to study at school.

When Rick was 15, he asked his father to run a run to support a paralyzed boy. He wanted to show that even with a disability, you can live happily. Dick had never run a race before, but he agreed anyway. Rick’s father was running and pushing the stroller. Later, the boy said that at that moment he was a healthy person. 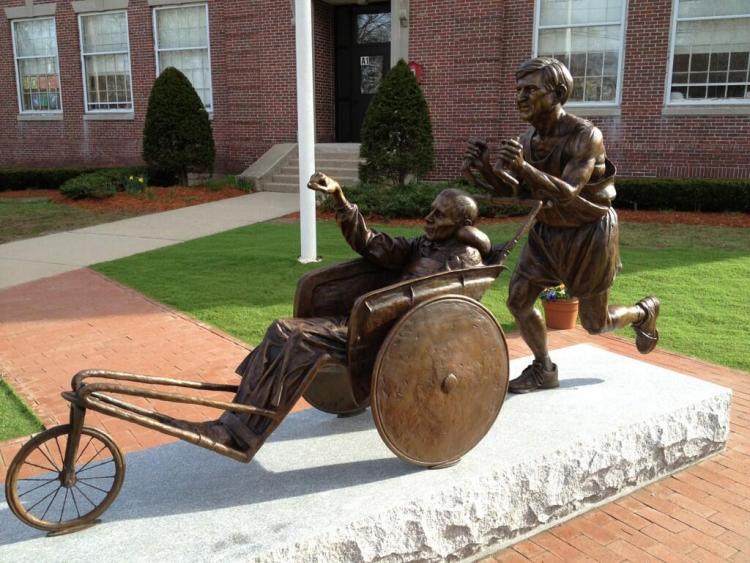 In 2014, Rick and Dick had over a thousand races to their credit. And in 1992 they even managed to cross America. A monument to father and son appeared in Hopkinton in 2013.

After receiving his education, Rick developed devices to make life easier for people with disabilities. The guy’s father passed away in 2021, but he definitely made his son’s life better and brighter.

The monuments and the stories behind them are impressive.