In a village called Klimov, near Bryansk, there is an unusual house. Outside, it is no different from other dwellings of the villagers. But inside it is a real palace with gilding and intricate carvings.

The hut belonged to Vladimir Filippovich Akulov. Unfortunately, the owner of the house-palace is no longer alive. He died a few years ago, and there is also little left of his creations: the son of the deceased sold almost all his property. 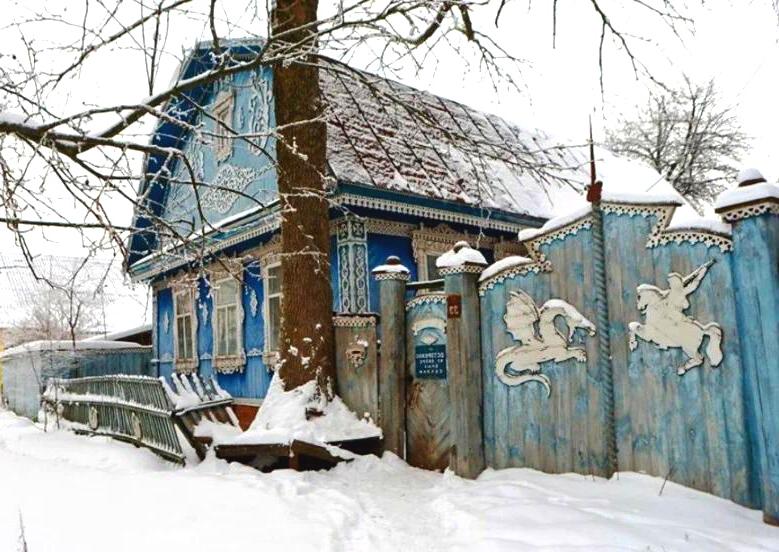 Now these masterpieces can only be seen in the pictures taken by numerous visitors to this village mini-museum. 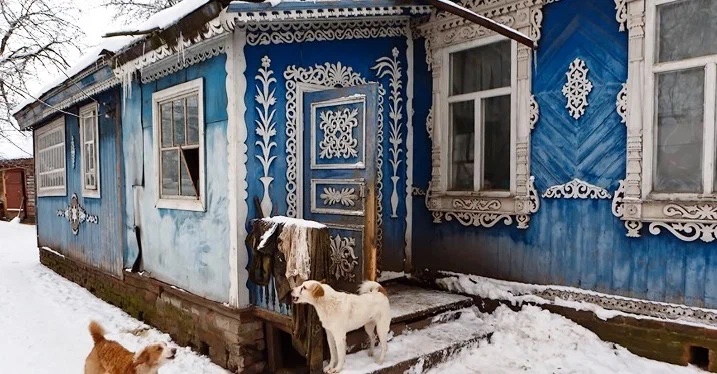 Akulov was always glad to have guests, received visitors from different cities. According to him, even foreigners were in possession. From the outside, the house looked like hundreds of others: ordinary windows, peeling paint in places. But, once inside, everyone fell into the royal mansions. 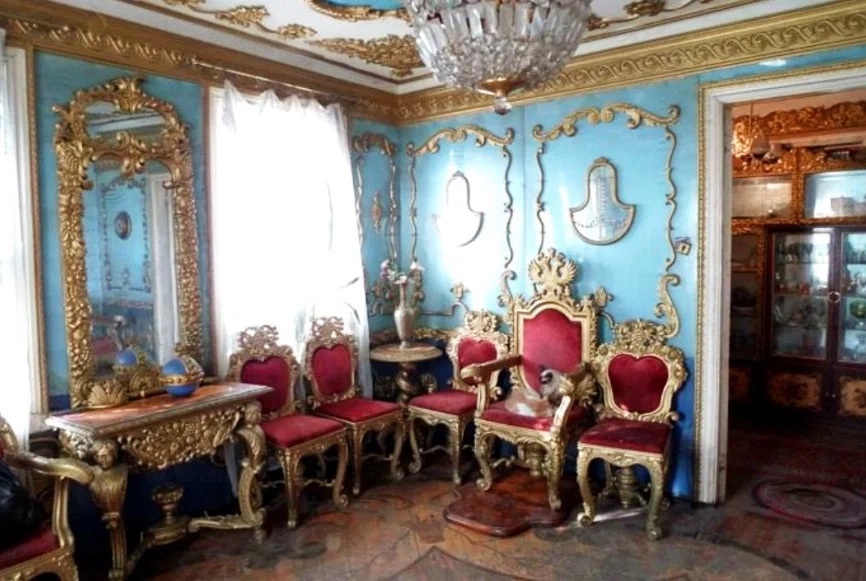 The walls of the hut were decorated with numerous paintings. Some of them were painted by Vladimir’s father, who skillfully copied the works of famous artists. Akulov also inherited his father’s talent: he himself drew well. The master decorated the paintings with carved frames similar to bronze or even gold ones. 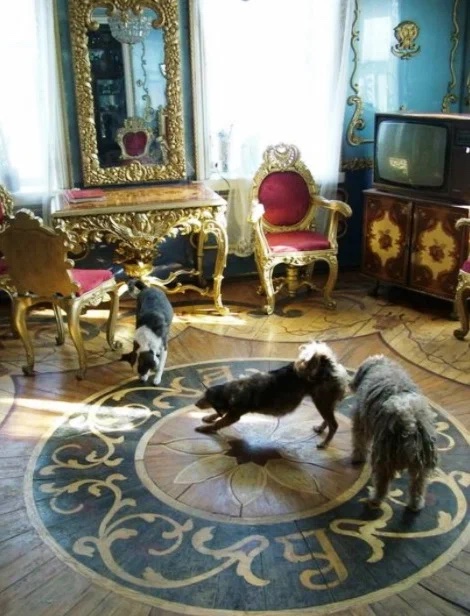 The furniture was also decorated with carvings and beautiful upholstery. The central place of the interior was occupied by a triple throne with a double-headed eagle above the headboard. Carving was everywhere in the house. Akulov was not a professional carver: he mastered the skill on his own, he was self-taught. And the characteristic gilding is the result of covering objects with special paint with Japanese potal. As a material, the carver used linden, which lends itself well to processing.

Vladimir Filippovich, according to him, began work on his housing around the 70s. The first was a corner on the ceiling, dedicated to the queen of the corn fields. A little later, a portrait of two children appeared – a son and a daughter. So they were about 4 decades ago. 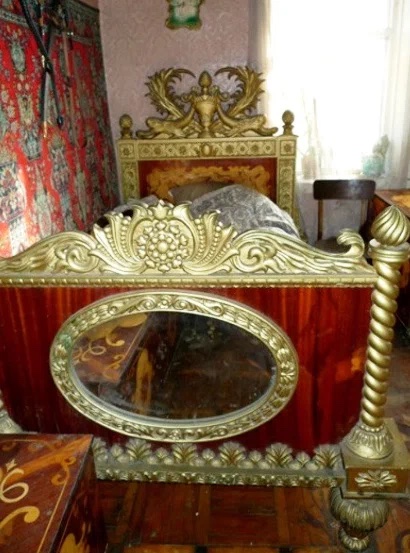 Akulov really wanted to build a rural Hermitage in the outback. He told some guests that the employees of this museum wanted to buy out several works by the nugget master for huge sums, but he refused. 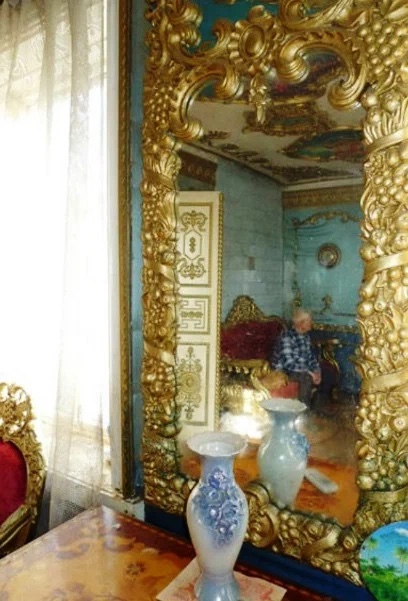 According to the stories, Vladimir had four beloved women. The first turned out to be wrong, the second died, the third left, and the fourth could not tolerate numerous pets. More than a dozen dogs and several cats lived in Akulov’s house. The dogs guarded the house, and the owner of the house started the cats for the sake of communication. The amazing hut of Vladimir Filippovich is a clear example of the fact that efforts and a creative message can work real miracles.