Ahmad Yasiin uses cactus leaves as a canvas for his creations, so that the whole world knows the daily life of the citizens of Palestine. A gallery of beautiful paintings is located right in the middle of the desert… 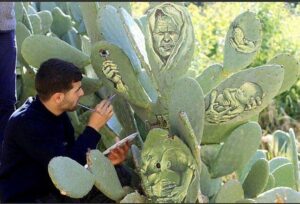 2. Even in childhood, he began to be interested in drawing. 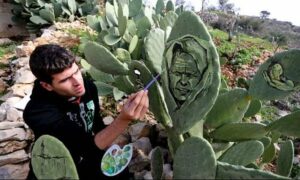 3. Even in childhood, he began to be interested in drawing. 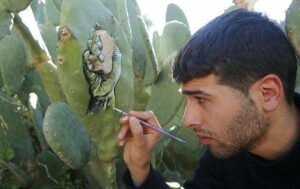 4. According to the artist himself, his drawings thus seem much more expressive. 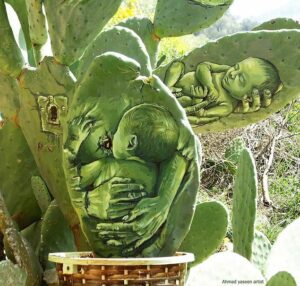 5. Ahmad chose for himself the main theme of creativity – military operations. 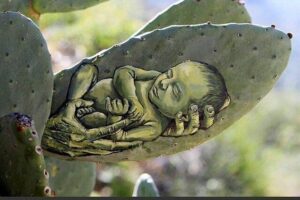 6. On his “canvases” he tries to show his destructive power. 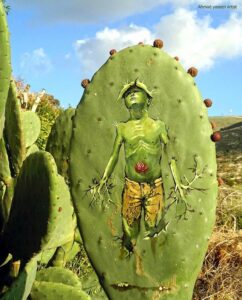 7. Talks about the difficulty of the struggle and the pain of loss. 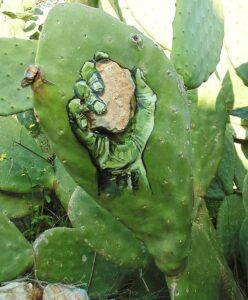 8. Remembers mothers who lost their sons. 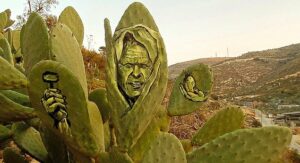