Sometimes people get creative when designing their home. And this is exactly the story of the American Grant Johnson, who for 25 years built a home for his family in a natural rock. 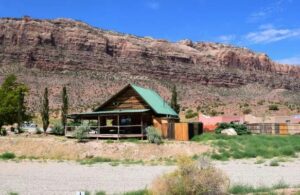 The story began with the fact that the man moved to the mining town of Moab in 1973, when he was only 17 years old. He was unable to complete his studies and was expelled, but did not despair, because during these years many went to work in the southern states to extract minerals.

After years of working as a miner in a small town, he had a wife and children, and also decided he didn’t want to leave his beloved town of Grand County in southeastern Utah. . 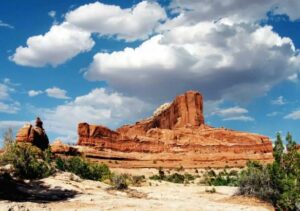 He was not frightened by the fact that mining had ceased to be carried out in Moab. Now only 4,000 people live there, but the Johnsons are completely happy with it. The family likes privacy and tranquility. 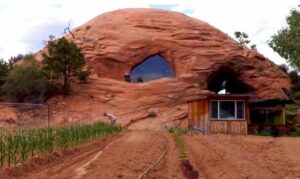 That’s why Grant and his wife bought 16 hectares of land. This land, which came as a great surprise to all the Johnsons’ relatives, friends and acquaintances, was completely empty. There was not even a normal road nearby. 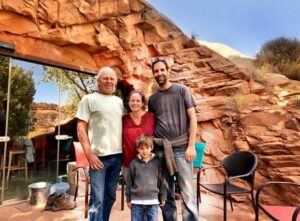 Due to the complete lack of infrastructure and buildings for a long time, the family lived in a caravan, and some gossips have already said that Grant spent all his savings on nonsense. 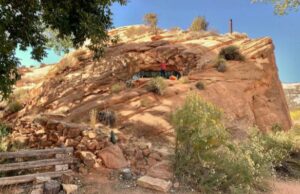 But the man built an irrigation canal and started farming to feed his family. 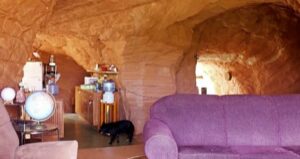 He bought horses and started to cultivate his own garden. Over time, wealthy locals became interested in his absolutely organic vegetables, and that’s how Johnson’s small business began.
When his financial situation stabilized, the man began to build a house. With the help of blasting, he was able to create a house of almost 450 square meters. 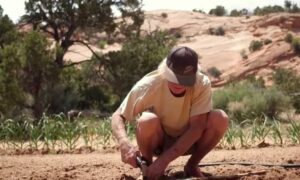 The unusual mud house has become a local landmark. 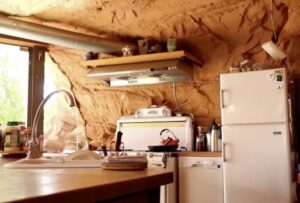 It has gained particular popularity since the area around it was recognized as a national park: dinosaurs lived near the Johnson home thousands of years ago.