Sven and Lennart de Jong spent their entire childhood in South Holland. Many of their games were played on an old water tower. And how happy the de Jong family was when they managed to buy the tower located in the town of Nieuw-Leckerland.

The building appeared in 1915. It was well preserved and sold for a rather large amount of 200,000 euros, which is why the guys managed to turn everything into a real five-story house. 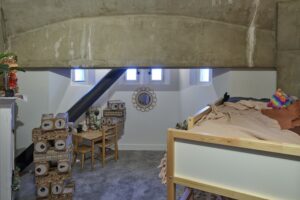 They settled there with their families: the wives of Sven and Lennart supported the unusual idea.

True, it took a long time to build a house. It took almost ten years for all the repair work, but in 2020 the men completed the work. 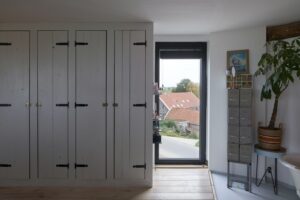 The time and effort were worth it: de Jong’s house began to win the prestigious Dutch architectural award.
Inside, the tower combines industrial design with a kind of rural comfort. Scandinavian minimalism makes the space incredibly cozy.
And large bay windows help to highlight it in a natural way. 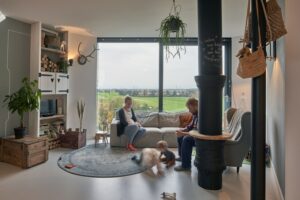 The brothers divided the floors equally: two per family and one in common. Now they not only live in a spacious dream house, but are rightly proud of it. After all, the house of Sven and Lennart de Jong has been recognized as one of the most beautiful in the Netherlands. 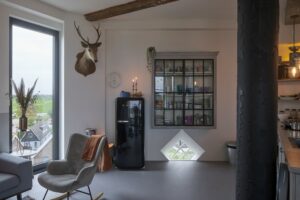