Australian Matt Streatfield made home repairs. In the process, he discovered an interesting find – a letter hidden in a glass bottle.
As it turned out later, the message had been kept under glass since 1974. The workers building the house decided to write a letter about life in the seventies.

“I’ve heard many stories of Messages in Bottles many times, but had no idea I’d find something similar in my own home,” Matt said. 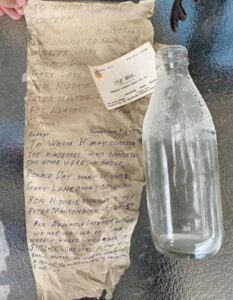 After reading the letter, the home owner learned that it was written by employees of Newcastle Interior Linings, which operates to this day.

The builders received about $105 a week, and the container with the message was the first to be produced in a volume of 568.26 ml or 1 imperial pint. 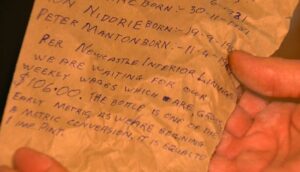 “I am delighted that this memory has finally been recovered. But the fact that it was installed nearly fifty years ago shocked me,” Ron said. 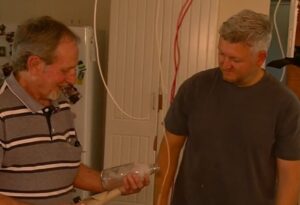