This story takes place in Connecticut in the United States.

A woman named Dinah Martin decided to ask her friends, married couple Angela and Christopher Towne, to help her move. 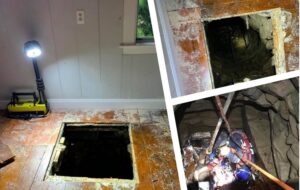 The man was about to move the sofa when he felt the floor give way under it. He didn’t have time to say “mom” because he found himself at the bottom of a nine-meter well. He was lucky – there was water at the bottom of the well, otherwise everything could have ended much worse.

Christopher’s wife and Angela were left speechless when, before their eyes, a man fell into a destination unknown. But over time, they pulled themselves together and called the rescuers. 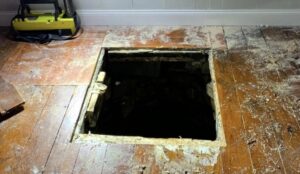 Arrived specialists rescued Christopher from the well and decided to find out how such a trap appeared in the house. It turned out that the well had been dug nearly 180 years ago, when the house was smaller and some distance away. Then they decided to expand it and the well was inside. But who thought of covering it with ordinary parquet, history is silent.