A man for 2 months went into the forest every day with only one shovel. All the while, he dug a huge hole, and when he was ready, he started transforming his interior into a courtyard with a real swimming pool. He filmed the whole process.

From the very beginning, man set himself the goal of rejecting modern tools and the mechanization of work. The construction task was the main challenge – to use only the primitive technologies of the ancestors and manual labor. 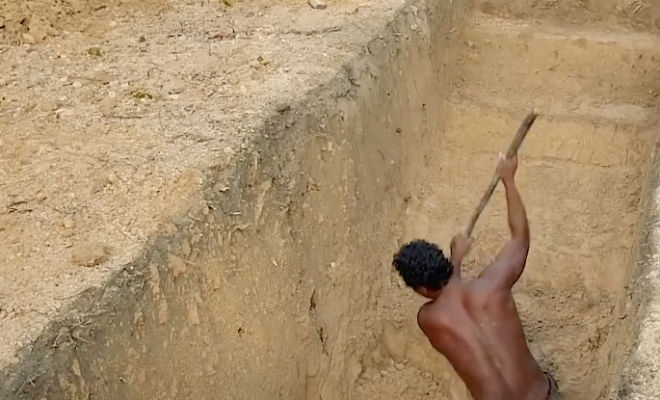 Construction began by marking the future perimeter and digging a huge hole with a single shovel. The task is not easy, as the forest floor is clayey and the process took several weeks. 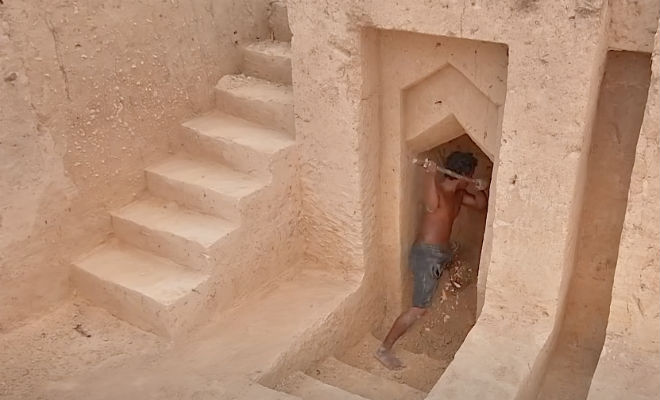 However, dense soil has a downside. It keeps its shape well and the man took advantage of this quality to start processing the inner walls of the pit and giving them the shape of architectural elements.

Gradually, the descent became a staircase, and decorative elements appeared in the walls in the form of niches and columns.

Of course, during heavy rains, the soil is likely to wash away quickly, but during the dry period, the clay has proven to be very practical for the work.

Having finished the walls, the man set to work on the pool. He kneaded an additional layer of clay, which acted as waterproofing. 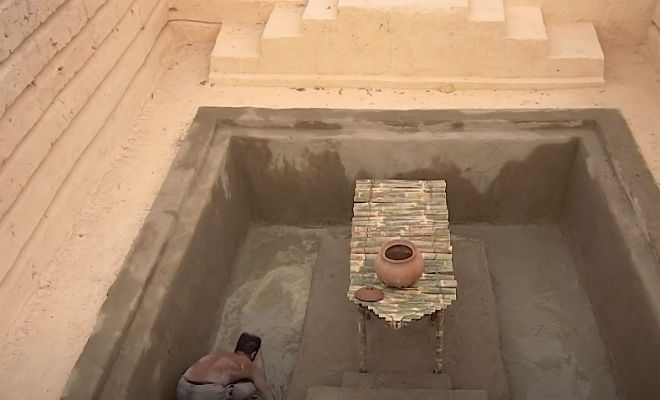 The water supply was hollow bamboo stalks. It was not far from the nearest stream, and the man brought water from it.

The construction process was filmed on video:

For 2 months, a real oasis appeared in the middle of the forest. It’s hard to believe that absolutely no mechanized labor and materials were used to create it. Everything was given by the forest and primitive technologies.