Seeing the rise in prices even for small houses, the man, for the sake of experimentation, decided to find out if he could build a dwelling himself literally from construction debris. In a short time he managed to build a cozy cabin in the forest, he recorded the entire construction process on video in detail.

The carpenter erected the framework for the walls directly on the mobile platform. As expected, this house should be light and portable. 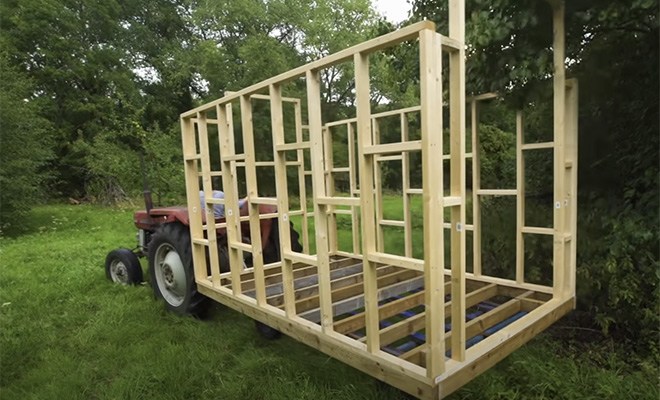 The wooden base was transported to the right place by an ordinary van. The roof, already made of more resistant wood with stiffeners, was made separately by the carpenter and connected the two modules on site. 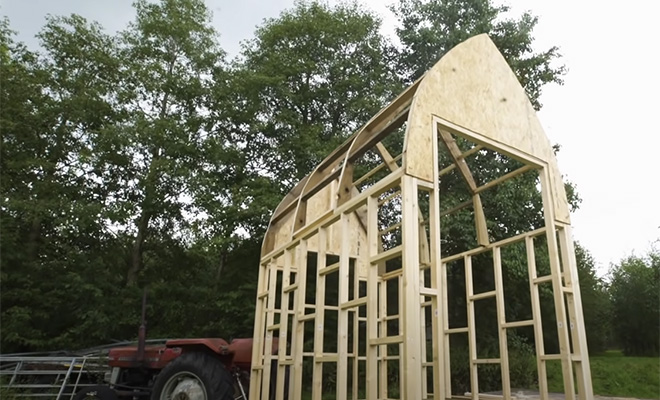 The walls for warmth were first covered with dense moisture-resistant and heat-absorbing boards. Then followed the siding of the house with planks. 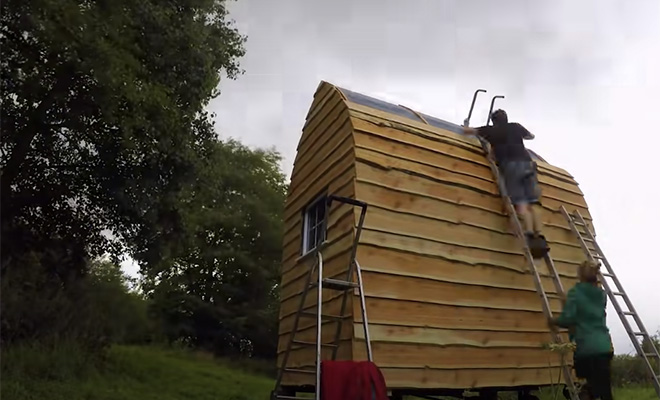 The interior was also covered with boards – the result was a reliable three-layer wall. There will certainly be no drafts in the house. 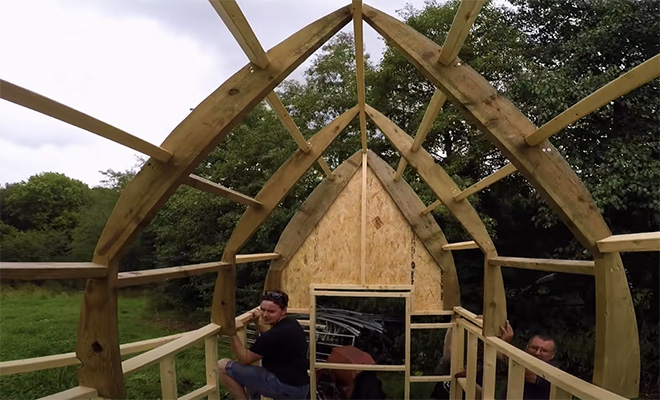 And so the internal structure of the house was already being finalized:

The work only took the carpenter a few months. The man plans to start the construction of such houses, he already has the first customers.