Tourists resting in the Crimea, returning from the beach, noticed a small bottle with a black rope on its neck. Out of curiosity, we decided to take a closer look and received a message from 1969. 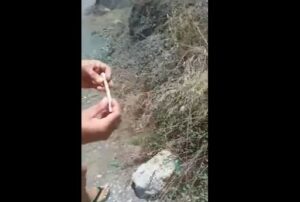 The message rolled up in a tube was clearly visible through a transparent bottle, but it was not possible to pass it through the neck. Tourists had to break the ship, after which they had an old letter in their hands. 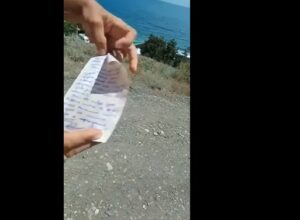 The authors of the letter (they signed the names at the end) stated that they rested there from July 16 to July 30, 1969. The note is a joke agreement: all three promise that they will come in Crimea every summer. 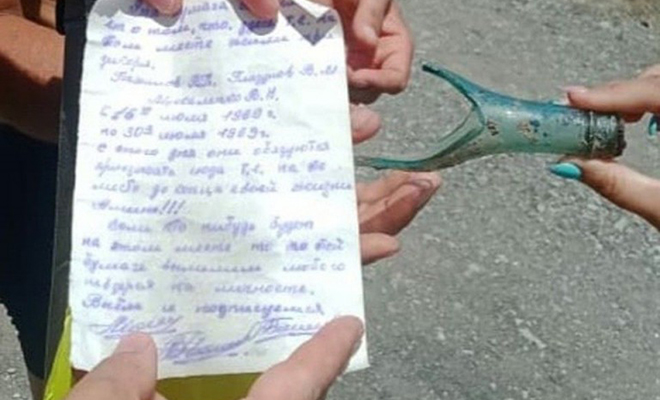 “This paper testifies that three savages lived here. From that day on, they pledge to come here, that is, to this place, for the rest of his life,” the note reads.