Zach and Nicole couldn’t come up with the money to buy a normal apartment, but they weren’t going to be homeless either. Zak saw a show about nomadic yurts and decided to build one for his family.

The neighbors did not immediately believe in the success of the business, but after six months a cozy round house appeared on the site, far ahead of the standard mansions in terms of functionality.

A traditional yurt is a portable round insulated tent. It is still actively used by nomadic groups in Central Asia. Zach and Nicole decided to take the form of a yurt for their home, but gave it new meaning in the context of the modern world – their architectural education allowed them.

The 9 meter diameter yurt has been designed to make full use of all the space. From the outside it looks like a classic nomadic tent, but inside there is nothing reminiscent of the Middle Ages.

All the interior decoration of the yurt is concentrated around the central room, it has a bathroom, and a kitchen is built into one of the walls. 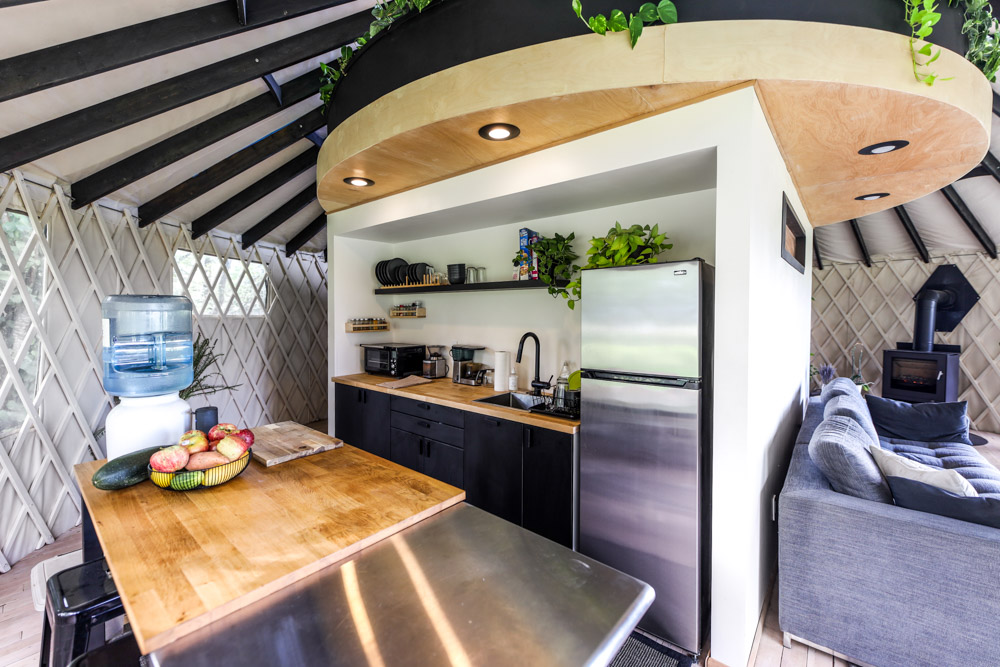 At the top of this platform is the bedroom. 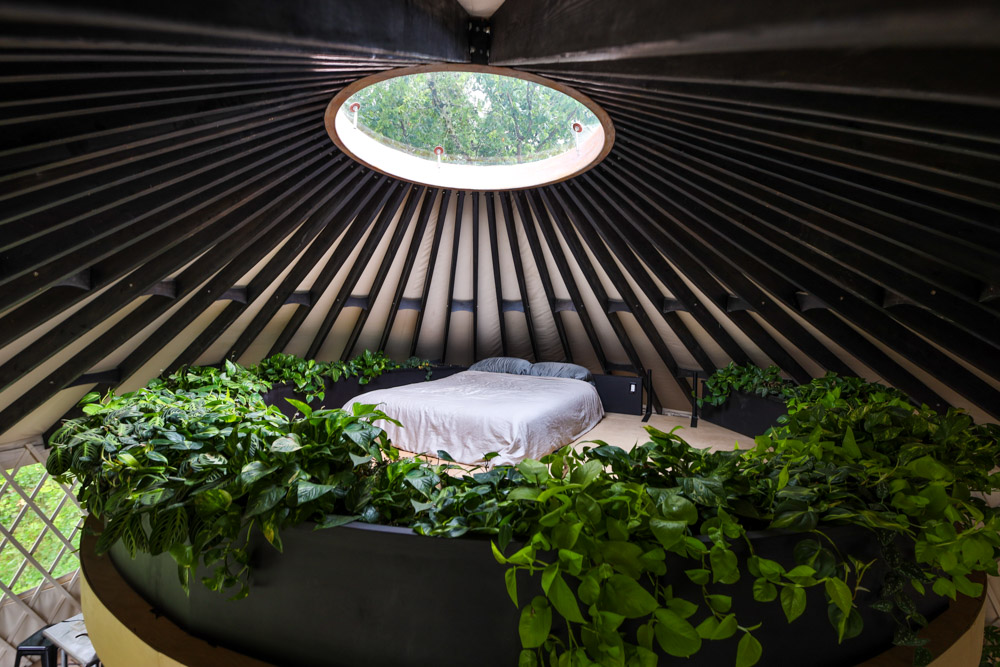 All other functional points are divided by correct zoning. 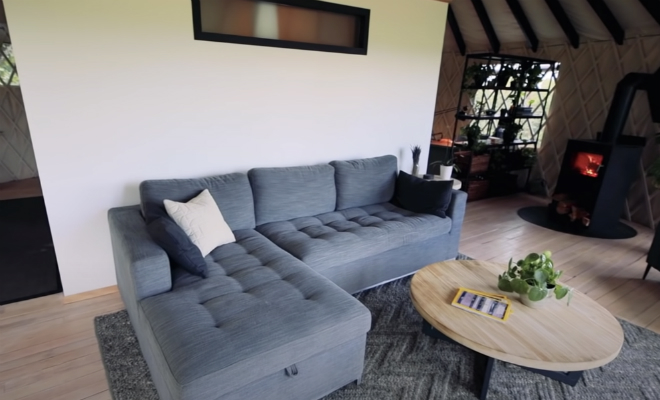 A short video tour of a modern yurt:

Zach and Nicole invited the neighbors to a housewarming party. After seeing what a nomadic yurt looks like inside, many of them put aside their skepticism, and some even wanted to afford a similar house.