The man went to the depths of the jungle, where the foot of a civilized person rarely set foot.

Here he dug a unique pool for himself only with his hands and a stick, and in the center of the artificial reservoir he placed something like a hermit’s villa. The author filmed the entire construction process in detail.

The man chose a place of construction close to the ideal. The swimming pool and the “villa” are built deep in the Cambodian jungle, the clay soil gives the regular worker an almost unlimited field of creativity. 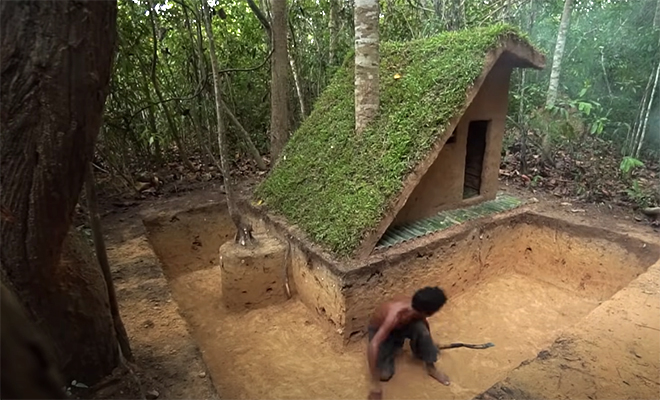 In addition, a fairly turbulent river flows not far from the place – it will fill the pool. If everything had really happened in prehistoric times, a man without much effort would have founded a permanent and very comfortable home here.

At the end of the first day, a cozy little house with a grass-covered roof appeared in the clearing. The turf is necessary in case of rain, it will not let the clay get wet. The builder began to deepen the clearance all around the house. He only used his hands and a primitive pointed stick – clay is a grateful material. This is what the moat looked like at night: 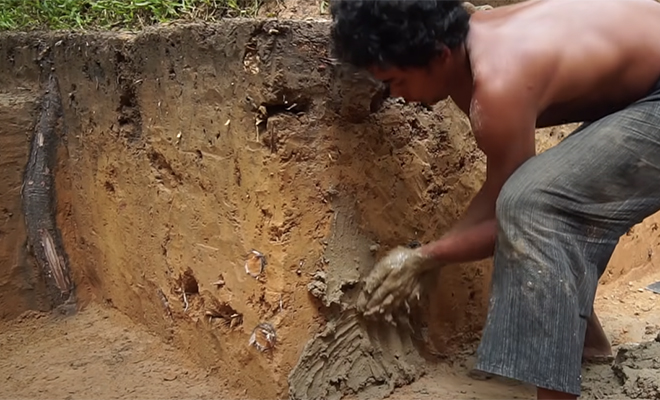 The next day, the walls of the pool were coated with a layer of fire-baked clay. Now you can run water.

The master led water from the nearest river through improvised pipes: