Grandparents often spoil their grandchildren – this is nothing new. But few are willing to go as far as this grandfather from Oregon.

This Christmas, Doug Hayes bought a small school bus for the sole purpose of driving his ten grandchildren to school every day. He delighted them with this unusual gift a few days before Christmas.

“When they saw it, they were thrilled,” he says.

Half of her grandchildren go to a small private school that doesn’t have its own buses, so parents have to drop off and pick up students every day.

“Kids always say, ‘We have a great school, but we miss the school bus!’” says Doug.

And now the problem is solved – all thanks to the wonderful grandfather! 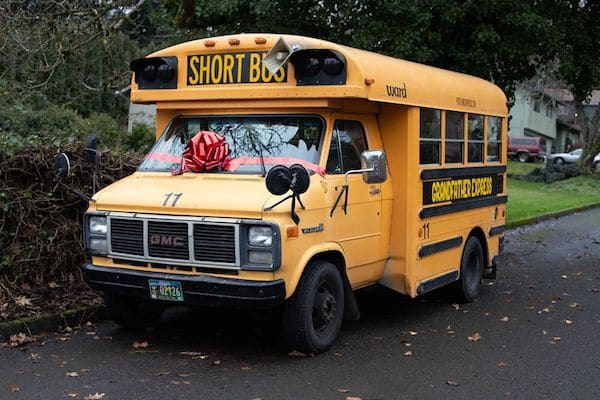 The other five grandchildren are still preschoolers, but soon they will also be going to school and will be able to ride the “Grandfather Express” for many years, as Hayes called his bus. He even wrote that name on the board.

All of Hayes’ grandchildren live within a 20-minute radius of his house and their school is only about four kilometers away. So he plans to deliver them all in the morning before work. 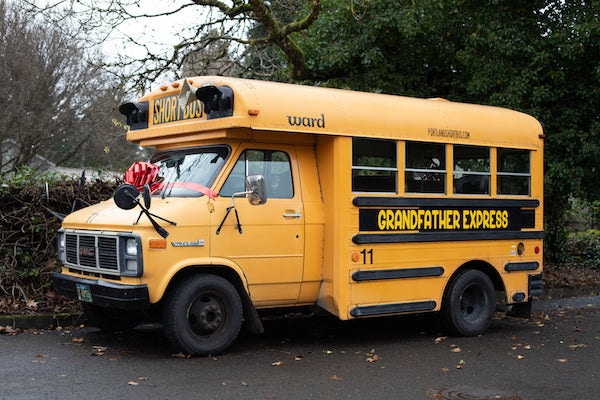 “I want to have a bus to pick up all the grandchildren every morning and take them to school before work,” he answered his wife’s question. – It’s a small bus. We will sing songs, chat and they will have unforgettable impressions of grandfather. Other than the money side of things, I would like a bus.”

And now the dream has started to come true: Doug and Amy have started to seriously think about what it will cost them.

The search lasted about a month, and eventually the couple found a bus, already decorated especially for children – with magnets and numbers on the ceiling. They decided to equip all seats with seat belts.

And how did the children react to the gift? Yes, they were thrilled!

From now on, the children will go to school on their own, but the grandfather thinks he was even luckier.

“The essence of this gift was that my husband could influence the next generation by leaving them wonderful memories of how they spent time together every day,” says Amy Hayes.

Grandpa plans to leave for the first flight the day after winter vacation ends.