He wasn’t ready to hear what the girl had to say.

A man kept getting calls from an unknown number. Each time, he heard the voice of a young girl on the other side of the line, so he thought someone was playing with him. But since the calls wouldn’t stop, he finally decided to talk to the little girl and figure out what was going on.

As he asked her why she kept calling him, the child called him “daddy”. He was confused at first, but it wasn’t long before he realized that the girl thought she was talking to her father who she hadn’t seen. in weeks.

“Dad, please come back soon. I miss you very very much!” she said in a weak, shaky voice. 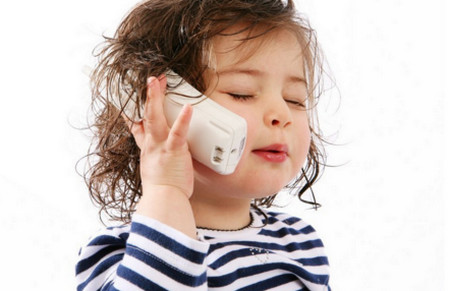 “Dad, I’m in pain! My mother told me that you were too busy at work and she takes care of me day and night. She is tired,” the girl continued. “So if you can’t come, can you kiss me?” she asked.

Not knowing what to do, the man made kissing noises. After hearing it, the girl said, “Thank you… Dad, I am… so happy, I feel… so happy…”

At that moment, a woman took the call. She was sobbing and apologizing for disturbing the man. Still not sure why they called him in the first place, he wanted to know more about the girl. The woman then said she was the girl’s mother. Her daughter was diagnosed with bone cancer and was fighting for her life, but the prognosis was poor. The girl’s father was the person who always stood by her and told her to be brave, but he died in a car crash just as the calls started coming in. The mother explained that she didn’t have the heart to tell her daughter about her father, so she dialed a random number when the little one asked to speak to her father. The number was the man’s.

Hearing this story, his heart broke into pieces.

The next day, the man called the number to ask how the girl was doing, but he heard the most devastating news. The little soul died shortly after the conversation with him. The mother thanked him for sending those kisses because they were goodbye kisses and the last thing the daughter heard before she left this world.

The man was heartbroken, but at the same time he felt happy and relieved that he had decided to take this call because even for a moment he had made a dying child happy.