Certainly, many people remember how they held their first salary in their hands with a feeling of joy, pleasure and inspiration. Michael Doherty was no exception.

While studying at school, in the 50s, the guy went to work as an apprentice. And when he got his first money, he took it to his mother. Then she didn’t spend her son’s salary and decided to postpone it for a “rainy day”. The amount for that time was quite impressive – just over 2 pounds. Despite the fact that a glass of beer only costs 9 pence.

And now, 62 years later, while cleaning the house, Michael accidentally found this money in one of the drawers. It was an amazing feeling to hold my first paycheck in my hands again. 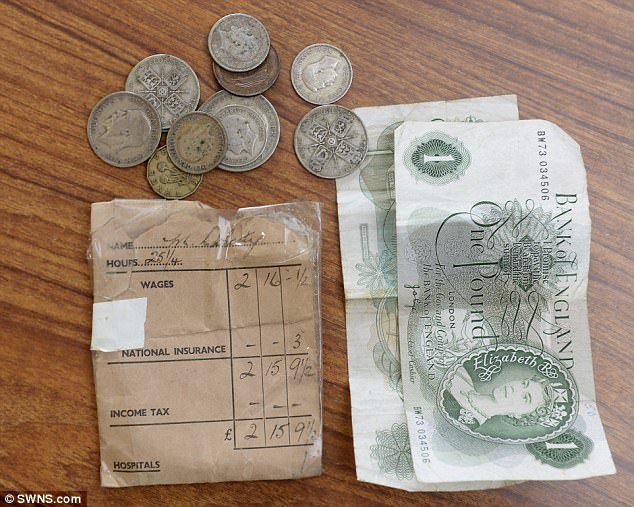 But Margaret Doherty, Michael’s mother, was even happier with her. She is already 104 years old and lives in a retirement home. This is where the son brought his find.

The woman was moved. It turns out that all these years the money has been sitting at home. Margaret, seeing the banknotes, squeezed them tightly in her hands, as if the greatest wealth. Although in fact they were like that – we remind you of one of the best times in life.