It looks like we’ve found the least rushed place on the planet. There are no roads here. And yes, I don’t really want to leave.
The Dutch village of Giethoorn, nicknamed the “Dutch Venice” is one of the most beautiful places on the planet. Its total length is about 7 km, but there is everything you need for the soul – silence, tranquility, comfort and beautiful nature. Instead of roads, cars and buses, there are only canals and boats. Here everything breathes peace. Megazen. 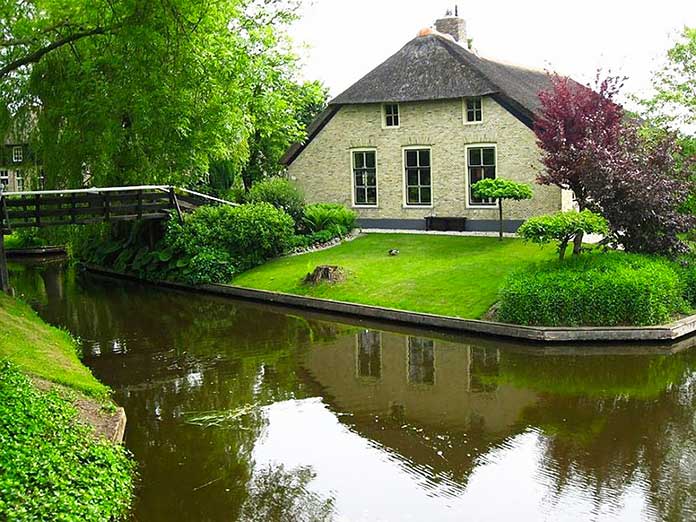 Each house is a kind of island and they are connected to each other by a chain of small bridges. 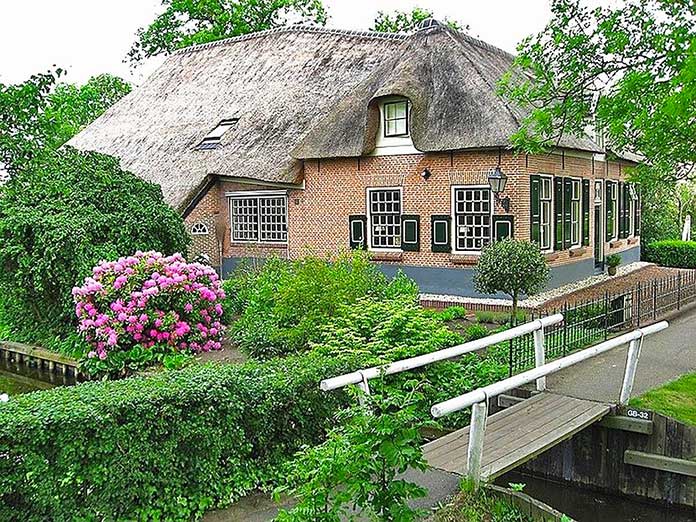 The main means of transport in the village is the pedalo or the silent electric motor boats that do not disturb the atmosphere of tranquility. 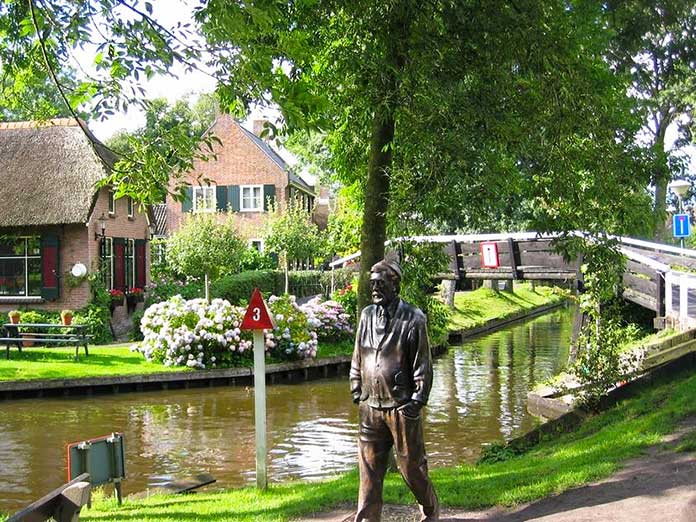 The only innovation that has appeared here in recent years is the cycle path. 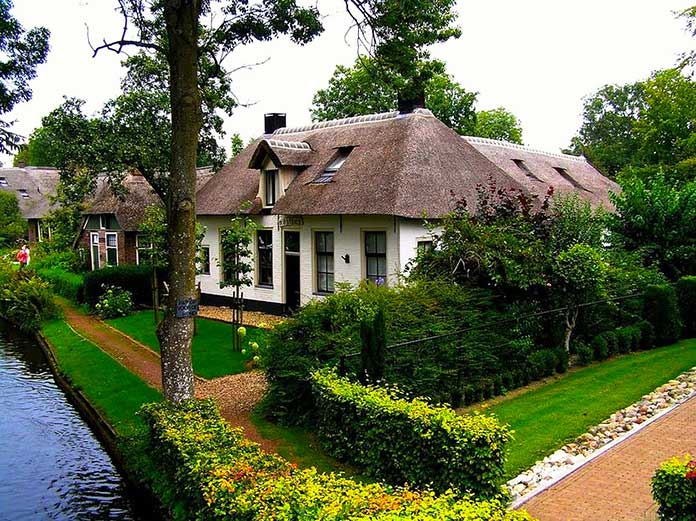 In the 60s, Dutch director Bert Haanstra showed Giethoorn in his film – after that tourists started coming here more often. Here you can rent a regular boat, an inflatable boat or a small boat. Everything runs on electric motors, not diesel fuel. 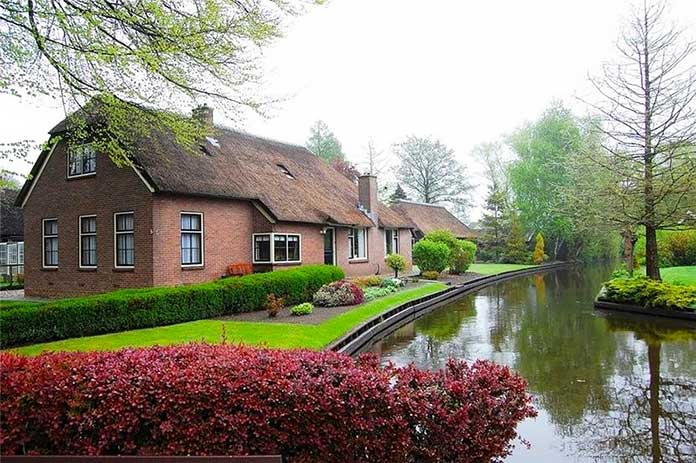 The village was founded in 1230. When the first settlers found this place, they were surprised by the huge amount of goat horns left here after a massive flood. Thus, the name appeared – Goat horns or “goat horns”. 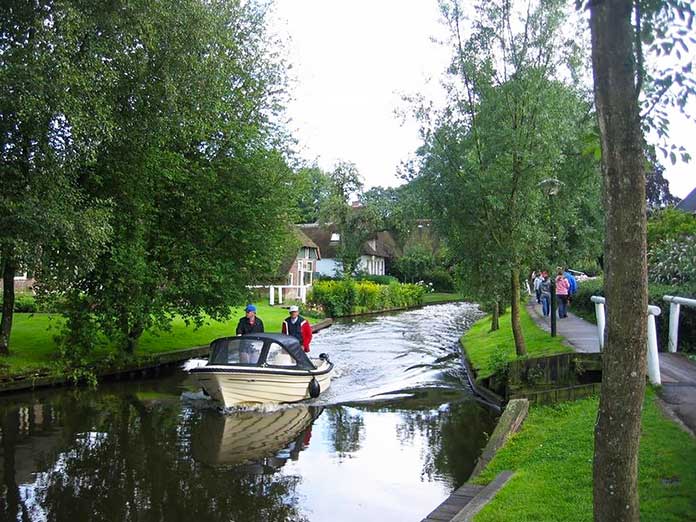 Later, the locals discovered that there was a lot of peat in this area, so they started digging it in all the places that suited them. Over time, these pits filled with water, turned into lakes and were connected to each other by a chain of canals. 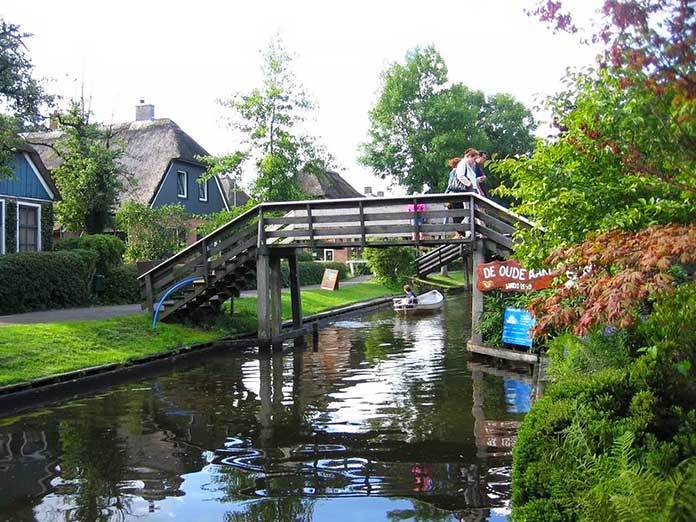 More than 2.5 thousand people live in the village. Local residents are sure that the distinctive feature of their village is not the canals at all, but the unique atmosphere of silence and comfort, complete relaxation. Everything here exudes the slowness and peace of an ordinary 18th century Dutch village. 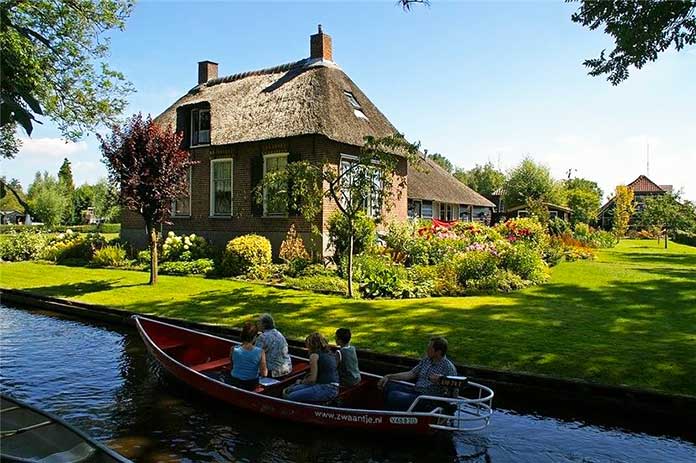 Almost all the houses in the village are covered with thatched roofs – the swampy areas are full of reeds. It used to be that only the wealthy could afford to tile the house, but now a thatched roof costs more. 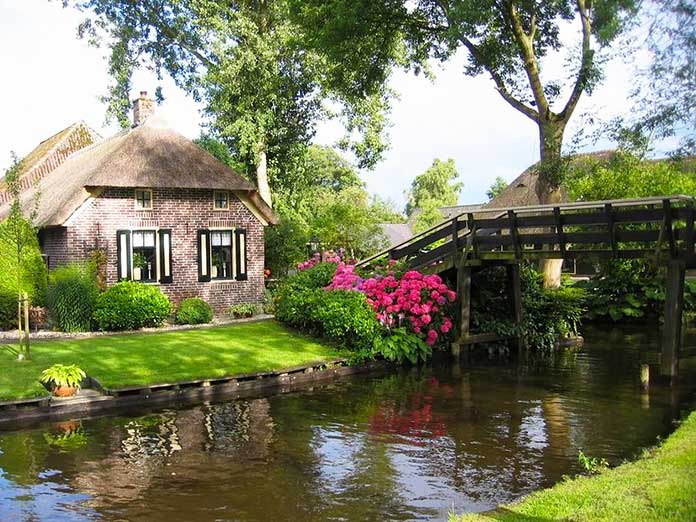 The village of Giethoorn is worthy of admiration and adoration. Of course, it does not have the glory and stature of Italian Venice, but it stands out for its unique charm and landscapes of unimaginable beauty. I would like to rush there for a week to recharge the batteries of the soul and see for myself that such nooks do not exist only in fairy tales!