In 2017, then 8-year-old Paige Glenn and 9-year-old Artyon Celestine wowed the America’s Got Talent judges by dancing to Footloose.

Their dance under Footloose was filled with energy and enthusiasm, which delighted the audience. 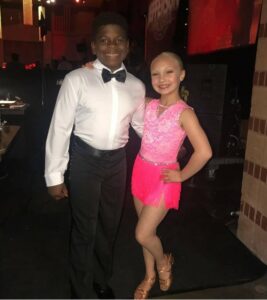 Paige even started her performance at the judges’ table. In addition to masterful leaps, leg swings and multiple turns, the two dance prodigies impressed everyone in the room with their positive energy. However, despite this, they unfortunately did not get enough votes to qualify for the semi-finals. But that didn’t stop Mel B and Heidi Klum from giving them a standing ovation again!

You can watch their full performance in the video below.

Interesed 0
Music can help us even in the darkest and most difficult times, and many

Interesed 0
Parenthood can sometimes be a difficult experience. But once in a while, you have