Alabama resident Walter Carr, then 20, walked 35 miles one summer night in 2018 when his car broke down on the road on his first day at the Bellhops transportation company. The Bellhops CEO heard about the story and delighted the employee with the new machine.

Some people would use this as an excuse not to work, but not Walter Carr. When a student took a job as a loader, he made sure on the first day that he would arrive at work on time, even if he had to walk. 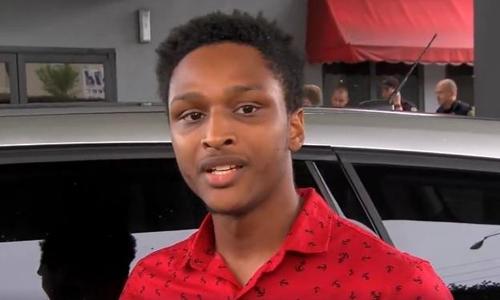 When Walter took a job with the trucking company Bellhops, he found the opportunity to show how dedicated he was to his job. When his car broke down, he didn’t pretend to be sick and said he couldn’t get there. Walter got dressed eight hours before his shift started…and went to work. He walked more than 35 kilometers to start his first day of work on time.

Walter arrived at the town of Pelham, where he was to start work in one of the houses, but a policeman stopped him on the side of the road and asked him what he was doing on the highway at a such a late hour.