In March of this year, one-year-old Erin from Boston took the internet by storm after a video of her talking to her dad surfaced online.

One-year-old baby Erin lives with her family in Boston, the capital of the US state of Massachusetts. In March of this year, Martin and Shannon recorded a video in which Erin decided to “talk” with her dad in a high tone, then posted it on their TikTok channel with the caption: 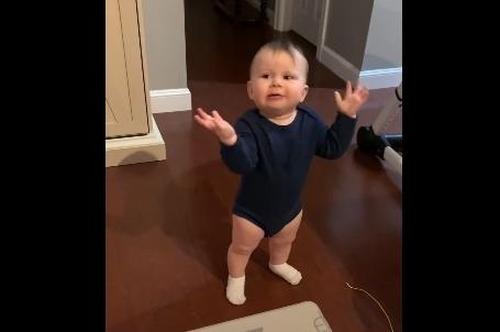 “I wanted a children’s translator.” In this video, little Erin not only mumbles to the max,

but also helps itself during the “conversation” using active gestures.