Brendan Kavanagh wore his signature shades and played on a public piano which appeared to have mesmerized two Punk Rockers. There was a cellist who played with Kavanagh during the performance.

The two Punk Rockers stood on either side of the cellist. One was a girl who had blue and pink hair. She wore a skull jacket and boots that made her few inches taller. 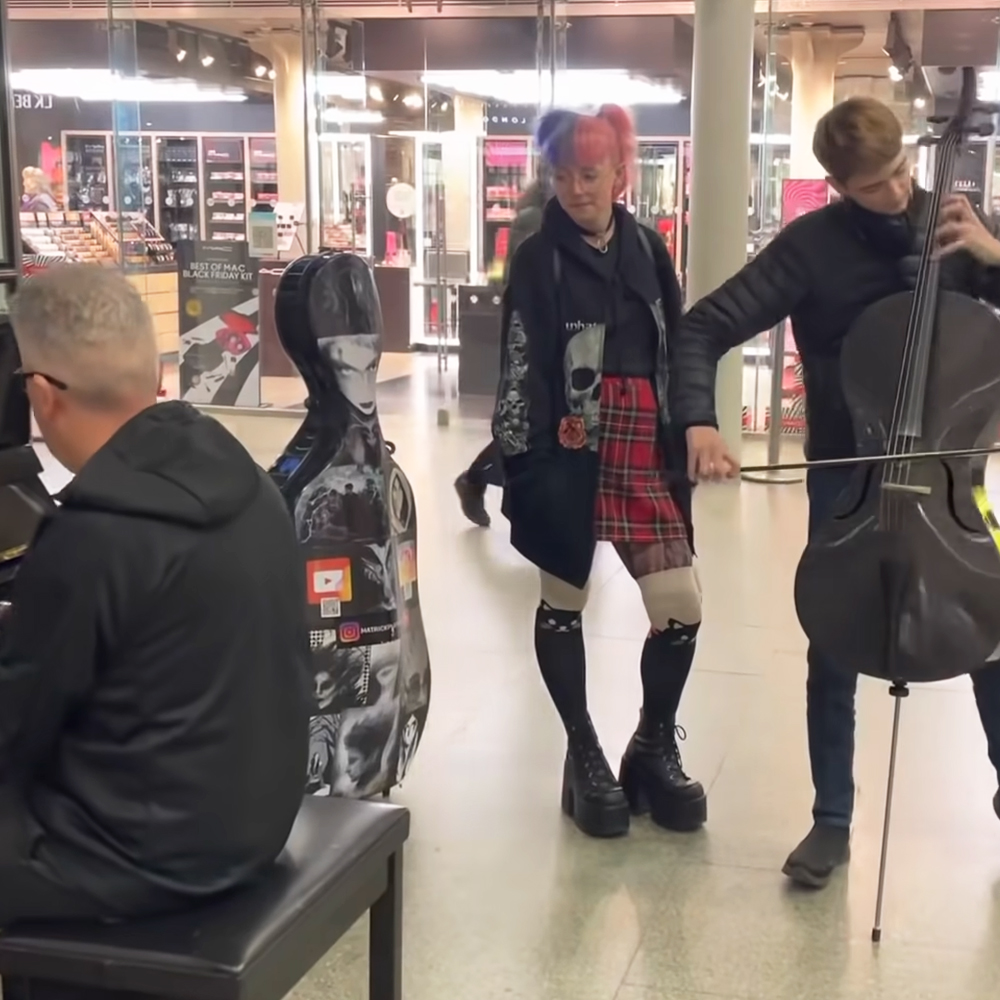 On the opposite side of the cellist was a boy with red hair. He wore red checkered pants and a cap with pink teeth on its upper side. 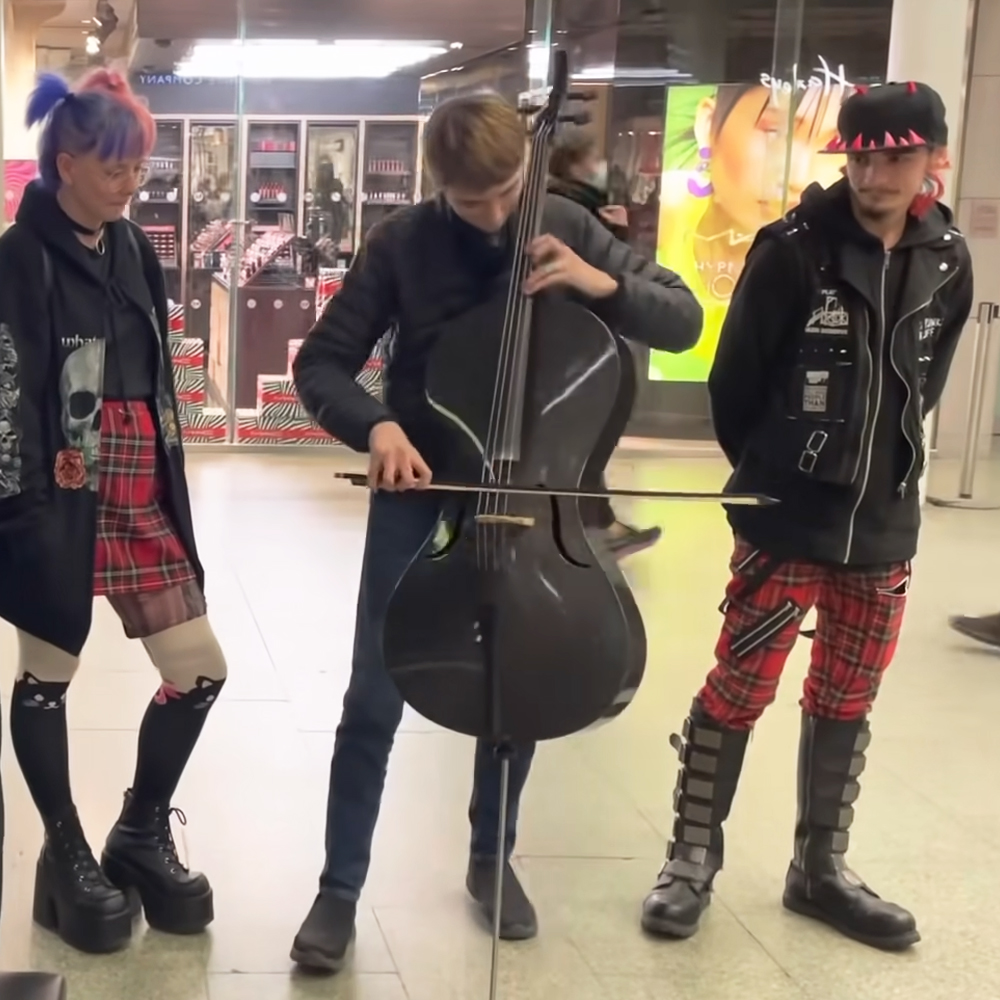 It was a public place, and many people walked past the piano. Behind them, there was a large makeup store with clear glass windows.

Kavanagh played Pachelbel’s Canon in D. He did not miss a single note, and the music was utterly graceful and soothing. The cellist swayed with the music, and his face was full of passion. Other people stopped to watch the public concert. They were impressed by Kavanagh and the cellist. Meanwhile, the two Punk Rockers stood in place and listened to music.

The song ended with a series of slow and calm notes. Then everyone applauded, and Kavanagh stood up and shook the cellist’s hand. He had a big smile on his face.