Fisher Island is the most expensive address in the world and one of the most closed places in the United States. The largest number of billionaires and multi-millionaires per square meter on the planet live here. We tell where the island is and what is known about it. Fisher is nicknamed “the island of dreams”. It is surrounded by white sand beaches brought back from the Bahamas, planted with palm trees and orchids from the Indian and Pacific oceans. 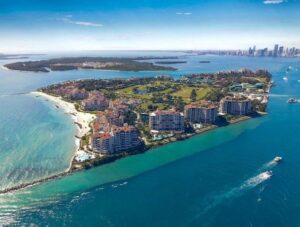 The picturesque oasis of luxury and comfort breaks records for the concentration of billionaires and multimillionaires per square meter. The service is so developed there that even flamingos, toucans, macaws and other exotic birds have their own servants.

From the mainland of Miami (USA), the island separates only about one kilometer of water. However, most locals and tourists only have the opportunity to see it from across the strait. 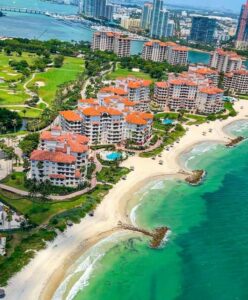 The history of the island began in 1906, when the “city on the water” obtained its administrative existence. 12 years later, owner Herman Walker sold it to the first African-American millionaire, Dana Dorsey, who – real estate king Karl Fischer, after which the construction area began to develop rapidly. 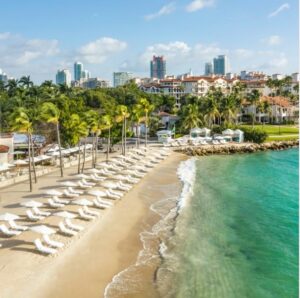 In 1920, Fisher transformed the island into a yacht. Over the next few years, it was resold several times. Today, only the richest people on the planet live here – politicians, athletes, movie stars, singers, businessmen. 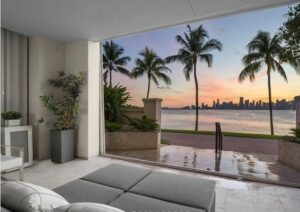 The most expensive address on Earth is not connected by bridge to the mainland, you can only get there by water. For these purposes, a ferry runs around the clock. But the crossing is similar to the border, entry is allowed only with a special pass, otherwise the guards will not let you in 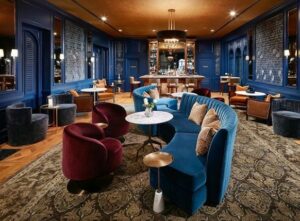 Since the island is private, you cannot sail here without an invitation from a resident. If there are none, the only way to visit here is to rent a luxurious room in a local hotel, which costs over a thousand dollars per night. 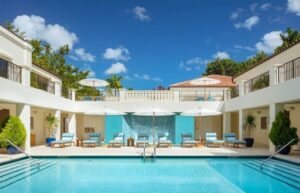